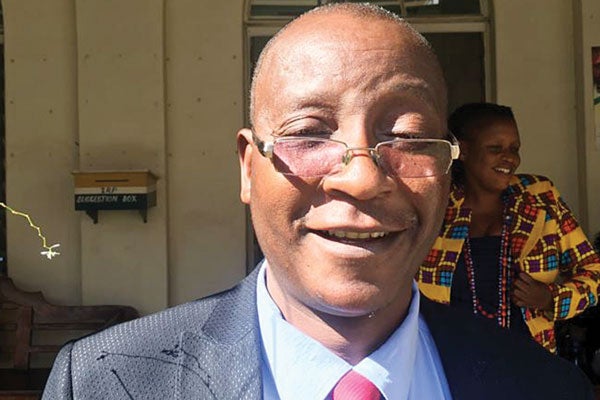 The government needs to prioritise electoral reforms and deepen democratic institutions and not to just focus on the failing economy, leaving out key areas such as democracy and critical electoral reforms.

Independent elections watchdog Elections Resource Centre (ERC) said the country was not suffering from an economic crisis alone and government needs to devote resources to implementing other critical reforms.

“Government efforts to halt the economic crisis affecting the country should be equally matched with genuine and inclusive interventions to arrest democratic and electoral deficits
holding the country back. While numerous platforms have been convened and led by government to support economic recovery over the past year, close to one year since the 2018 harmonised
elections, not a single platform led by government has been convened to support democratic and electoral recovery on the basis of recommendations made by observers invited to observe
the polls in 2018,” ERC said in a statement on Friday.

Parliament is yet to receive a report from the Zimbabwe Electoral Commission (Zec) on the July 2018 general elections in line with the country’s laws.

The report will allow Parliament to bring Zec to account and look at the deficiencies noted in the past election cycle by observers, independent commissions and Zec itself as the country inches closer to the 2023 election cycle.

Zec has said it had already released the elections report to Justice minister Ziyambi Ziyambi who is charged with bringing it to Parliament.

Ziyambi is yet to do so.

ERC said it believed there was a deliberate move by Zanu PF to hold back on critical reforms.

“The same inclusive approach that has seen business and other stakeholders meeting with government to find solutions to the economic crisis should be witnessed in efforts to sustainably address governance issues which, some have argued, contribute to the confidence deficit which has an effect on the economy,” ERC said.

MDC secretary for elections Jacob Mafume said soon after the party’s national executive meeting this week, his office would start engaging Zec, the Justice minister and other members of the civic society involved in elections to push for reforms.

“We will be pushing in all areas; you must understand that as a party, we believe that critical reforms must come as a result of political dialogue, which must come between Zanu PF and us, because the problems we have around elections are purely political rather than legal. We will be using all means to ensure that the next elections are not contested,” he said.

Zanu PF secretary for legal affairs Munyaradzi Paul Mangwana told NewsDay that the door for talks on electoral reforms is open through the political actors dialogue and if MDC wants to be heard it should join.