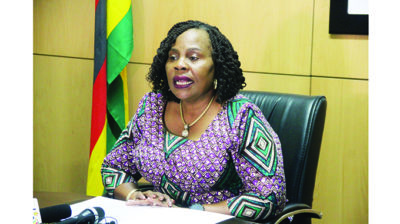 The present level two lockdown, with its previously announced major relaxations in the leisure sector for the fully vaccinated, was extended for another two weeks by Acting President Dr Constantino Chiwenga yesterday.

The level two lockdown, basically the maintenance level, came into effect as the third wave was beaten back in September when President Mnangagwa announced the relaxation from level four.

Further modest relaxations were announced, allowing the fully vaccinated to eat in restaurants, play all sport, go to gyms, cinemas and theatres and most recently drink in bars and nightclubs.

Under level two, businesses must close by 7pm and the curfew starts at 10pm.

Zimbabwe has managed to keep infection and death totals low by using the appropriate lockdown levels.

However, the festive period last year saw the second wave hit the country as people grew complacent, triggering a conversion to level four. With the festive season next month, there is a general determination to avoid the same surge.

“The last two weeks has seen a reduction in the number of cases of Covid-19 which has resulted in the country recording an average of 45 new cases per day and an average of one death per day,” said Minister Mutsvangwa.

“This indicates that the lockdown public health measures currently in place are effective in controlling the transmission of the virus.”

Minister Mutsvangwa reminded that Zimbabwe has started vaccinating everyone above 16 years against the global Covid-19 pandemic following satisfactory progress in the ongoing vaccination exercise for the adult population of 18 and older.

The Medicines Control Authority of Zimbabwe approved the use of the Chinese manufactured Sinovac vaccine and the idea of vaccinating the younger age group is being considered.

“Globally and nationally, public health discussions have been ongoing regarding extending vaccination to children and other special groups such as pregnant and breastfeeding mothers,” said Minister Mutsvangwa.

“Based on the available scientific data in line with Medicines Control Authority of Zimbabwe guidance, the specialist paediatricians have recommended the vaccination of the 16 to 17 years-age group with the Sinovac Covid-19 vaccine.”

Minister Mutsvangwa said the protocol for the younger age groups was still under consideration, and thus the public was being advised that the Covid-19 vaccination for the 16 to 17 age group had been approved.

She said all provinces, secondary schools, colleges, universities and vaccination centres were required to commence the vaccination campaign of this age group immediately.

“The Government of Zimbabwe, through the Ministry of Health and Child Care, is determined that Zimbabwe achieves herd immunity by the end of December 2021,” said Minister Mutsvangwa.