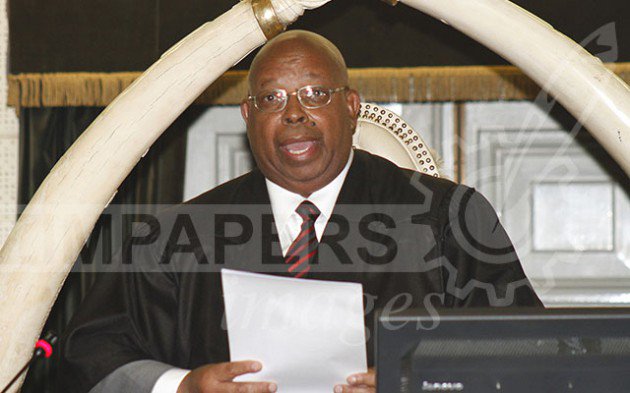 Speaker of the house of Assembly honourable Jacob Mudenda in parliament moving a motion to impeach President Mugabe. Picture by John Manzongo

Parliament this afternoon sits to start the process of impeaching President Mugabe.

Zimpapers Online gives you updates of this historic event.

14:30 – The Speaker of the National Assembly Advocate Jacob Mudenda has acknowledged to the House receipt of the motion to impeach President Mugabe and he says the motion is admissible in terms of the rules of Parliament.

14:35– The motion was moved by Senator Monica Mutsvangwa and seconded by Mabvuku/Tafara legislator James Maridadi. 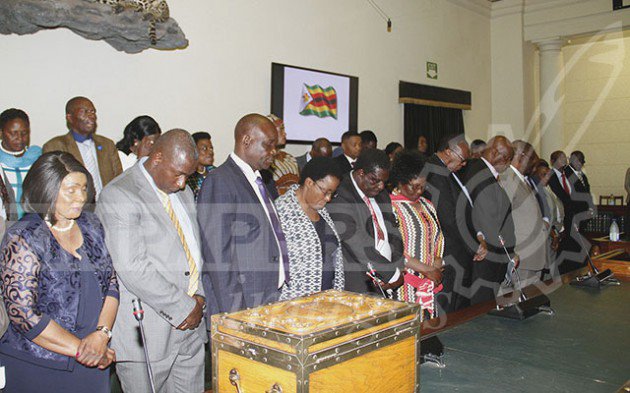 Ministers and members of parliament from Zanu Pf praying before a motion to impeach President Mugabe. Picture by John Manzongo

14:40– Advocate Mudenda is now outlining the procedures to be followed and outlining what the Constitution provides in moving such a motion which he described as historic since independence.

14:42– The National chamber is packed beyond its capacity which has resulted in some of the legislators to sit in the public gallery.

14:47- Advocate Mudenda said after consultation with the President of the Senate they have agreed to convene the joint sitting  of both houses at the Harare International Conference at 16:30 hours today. 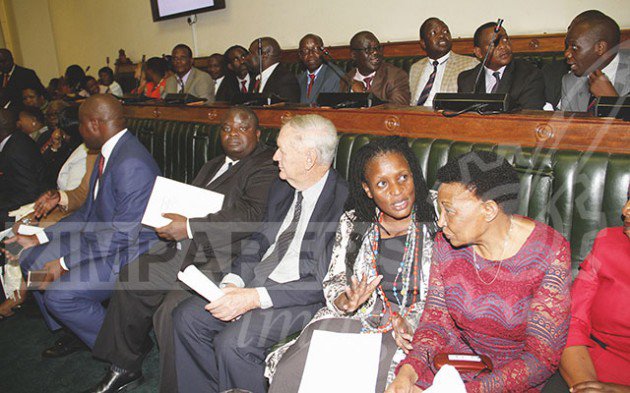 14:48 -He has appealed for tolerance, patience and maintaining dignity during the process.