President Emmerson Mnangagwa has faced a new wave of turmoil as prices rocket and shortages spread.

Source: Lives at risk in Zimbabwe as economic crisis leads to soaring drug prices – The Citizen 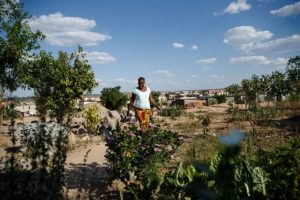 Alice Chenyika, a 50-year-old widow who suffers from hypertension, resorts to taking herbs as an alternative to prescribed medication after the Nifedipine she formerly used to control her blood pressure with ran out of stock due to the National Drug Shortage, on November 5, 2018 in Harare. – Zimbabwe’s now worsening economic crisis has pushed prices up and the medicine is far beyond her reach — just one aspect of the country’s deepening troubles that have triggered shortages in everything from bread to fuel. (Photo by Jekesai NJIKIZANA / AFP)

President Emmerson Mnangagwa has faced a new wave of turmoil as prices rocket and shortages spread.

Now Zimbabwe’s worsening economic crisis has pushed prices up, and the medicine is far beyond her reach – one of many signs of the country’s painful transition since the fall of Robert Mugabe a year ago this month.

His successor Emmerson Mnangagwa had promised economic revival after the farm seizures, hyperinflation and international isolation of the Mugabe era – but the last 12 months have been tough for Zimbabweans.

“When I went to the pharmacy to buy medication, I was told on two occasions that nifedipine was out of stock, which had never happened before,” Chenyika, a widow and mother of one adult daughter, told AFP at her home in Eastview, outside the capital Harare.

When the medicine was back in stock weeks later, the pharmacy was charging $24 (21 euros) instead of $6 before for a month of supplies.

“I could no longer afford the medicine, so I started taking herbs as an alternative,” said Chenyika, who lives on her late husband’s $300 pension from which she pays $200 monthly to a housing co-operative which built the house she lives in.

Using leaves of the Star of Bethlehem flower from her garden, Chenyika makes a herbal tea which she drinks three times a day.

“I was desperate for a solution and followed some people in the community who have been using the herbal tea. I didn’t get expert advice,” she said, adding she was uncertain if the herbs worked.

“There is no way of measuring dosages. I am taking the tea because I have no other choice.” 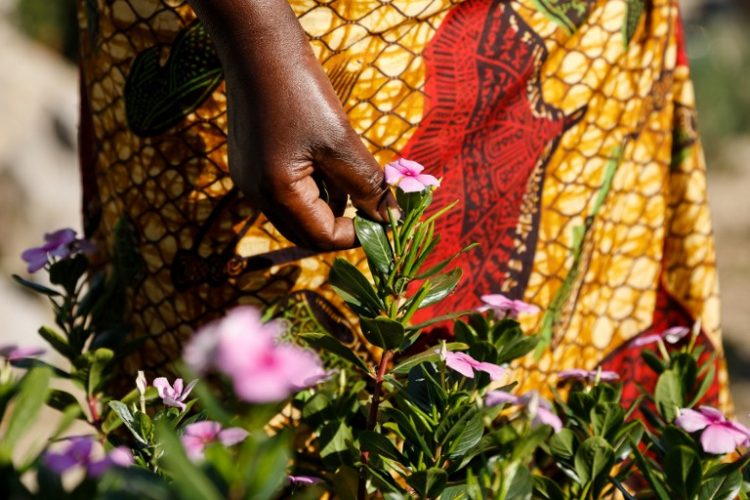 Alice Chenyika, a 50-year-old widow who suffers from hypertension, resorts to taking herbs as an alternative to prescribed medication after the Nifedipine she formerly used to control her blood pressure with ran out of stock due to the National Drug Shortage, on November 5, 2018 in Harare. – Zimbabwe’s now worsening economic crisis has pushed prices up and the medicine is far beyond her reach – just one aspect of the country’s deepening troubles that have triggered shortages in everything from bread to fuel. (Photo by Jekesai NJIKIZANA / AFP)

Priced out of life-saving drugs

Zimbabwe endured severe economic decline under Mugabe, who ruled from 1980 until he was ousted a year ago, as agriculture collapsed due to the farm seizures, millions fled to seek work abroad and investment collapsed.

Mnangagwa, Mugabe’s former deputy and veteran of the ruling ZANU-PF party, has faced a new wave of turmoil as prices rocket and shortages spread, from bread to fuel.

Pensioner Martin Kapeta, 71, has resorted to skipping some doses of the two drugs he takes for diabetes and hypertension.

“This is not the life we used to live. Those in authority should do something or we will die,” Kapeta said.

The situation has left doctors in a dilemma.

“We are finding it difficult to prescribe drugs,” Norman Matara, a medical doctor and board member for the advocacy group Zimbabwe Association of Doctors for Human Rights, told AFP.

“Instead of prescribing what’s good for the patient, we are forced to prescribe what’s there and what’s there is changing every time.

“There are no drugs available in the public health facilities, and the situation is dire as well in the private sector.

“We are going to see more people developing complications and also premature deaths.” 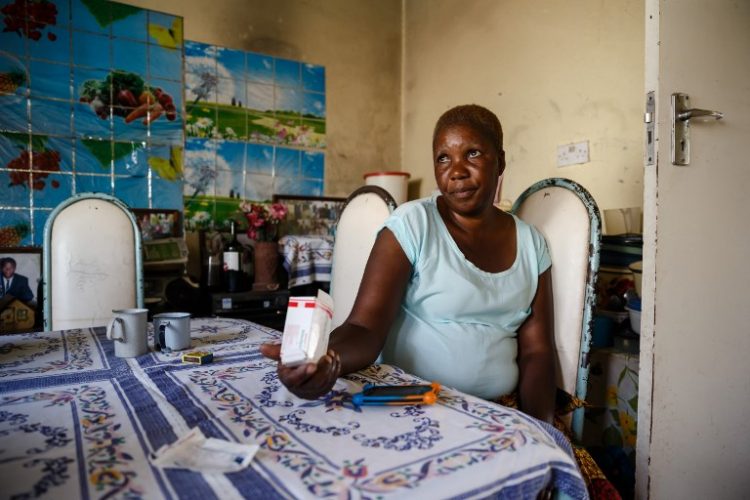 Alice Chenyika, a 50-year-old widow who suffers from hypertension holds an empty packet of Nifedipine which she used to control her blood pressure with before the National Drug Shortage, on November 5, 2018 in Harare. – Zimbabwe’s now worsening economic crisis has pushed prices up and the medicine is far beyond her reach – just one aspect of the country’s deepening troubles that have triggered shortages in everything from bread to fuel. (Photo by Jekesai NJIKIZANA / AFP)

Many Zimbabweans rely on electronic payments as US dollars, which function as the main currency, are scarce, and the local “bond note” currency is little trusted.

Mnangagwa last month urged citizens to stay calm as drivers queued for hours for rationed petrol and those with money stockpiled any food for sale.

The shortages have created a thriving black market, with a litre of cooking oil being sold on the street for up to $12 instead of $3.70.

Many pharmacies shut down and then reopened with new prices on drugs, with many of them charging in foreign currency only – which few customers have.

Bond notes were introduced in 2016, in theory equal to the US dollar, but they were soon trading at a far weaker rate, and the gap has widened in recent weeks.

Public anger at Zimbabwe’s shattered economy was a factor in last year’s military intervention that finally toppled Mugabe, then 93, after 37 years in office.

He was forced to resign on November 21.

As Zimbabweans mark one year on, Mnangagwa must find a way to repay debts, attract investors and convince donors to turn on the taps for international aid – despite continuing repression of political opponents.

“It’s painful when nurses see patients dying, knowing these are lives that could have been saved if resources were available,” said Enoch Dongo, spokesman for Zimbabwe Nurses Association.

Newer Post
It’s been one year since Zimbabwe toppled Mugabe. Why isn’t it a democracy yet?
Older Post
Govt to meet business over prices