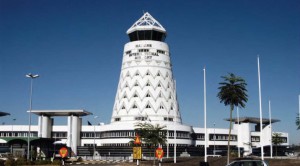 THE Civil Aviation Authority of Zimbabwe says the country has begun financial discussions with China for the $153 million expansion of the Robert Gabriel Mugabe International Airport.

The upgrading of the airport, which follows the recent commissioning of the upgraded Victoria Falls International Airport — which was also financed by the Chinese to the tune of $155 million, would increase the facility’s capacity from handling around 2,5 million travellers to over six million annually.

Newer Post
WATCH: Why are there so many pythons in Harare?
Older Post
Mugabe’s cash demand exposes his duplicity