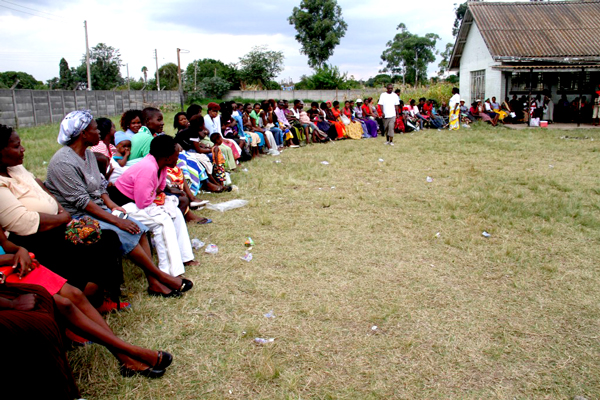 A PEACE-BUILDING rights group has said local communities have been turned into battlegrounds by Zanu PF foot soldiers canvassing for party votes ahead of the 2023 polls.

A May report by Heal Zimbabwe Trust (HZT) claims that the ruling party has deployed traditional leaders and school development committee leaders to coerce citizens to support the ruling party.

“From the time the ruling party, Zanu PF, announced that it was targeting five million voters ahead of the 2023 elections, local communities have been transformed into battlegrounds for votes,” the report read in part.

“The enjoyment of political rights that are a constitutional right have been denied as citizens are being forced to join Zanu PF district co-ordinating committees (DCCs) or are denied food aid from the department of social welfare.

“The DCC exercise has also taken various forms as even school development committees are being directed to establish DCC structures for the ruling party. In most cases, political meetings disguised as development meetings have been used as platforms to intimidate citizens.”

Last year, Zanu PF vice-president Kembo Mohadi said the ruling party was targeting five million votes, but was not at liberty to disclose how.

Zanu PF secretary for administration Obert Mpofu declined to comment over the matter.

HZT programmes manager Knowledge Mandikwaza yesterday told NewsDay that the occurrence of such events could not be squarely blamed on Zanu PF as a party, but ambitious members who needed extreme guidance.

“The concerns have been raised in areas such as Gutu, Zaka, Mbire, Muzarabani and Nyanga districts. These actions may not be a Zanu PF party policy, but individual leaders who wish to score political mileage or rather cause social despondency,” he said.

“Hence there is need for political parties, broadly, to educate their members on constitutional civil and political freedoms and acceptable ethics of political mobilisation.”

“It is really about every political actor working towards a peaceful State power contestation process while respecting individual rights and freedoms,” he
said.