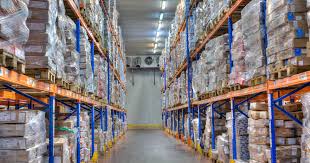 A CONSORTIUM of local companies and industrialists are seeking to seize a 75% stake in the defunct Cold Storage Company (CSC) after tabling a US$225 million investment proposal to the government.

However, there are fears that the new proposal may trigger a legal battle as the government already has a deal with British firm, Boustead (Pvt) Limited. The subsisting agreement is valued at US$130 million.

Cross said the consortium had crafted the proposal to take over CSC before Boustead came on board highlighting that the initiative would sail through.

“The situation is that we developed that proposal sometime before Boustead Beef came on the scene. In our view Boustead Beef was an unsolicited bid. It was submitted to the government and approved by the then Minister of Agriculture (the late Perrance Shiri),” he said.

However, Cross said the proposal stimulated interest from merchant banks in London and the United Kingdom finance institution, CDC.

According to the document submitted to the government in May 2020, the consortium, roped in a British-based financial consultancy firm, Meyer & Co represented by Peter Meyer, John Mosby and John Trew.

The trio’s “combined knowledge and experience, totalling more (than) 120 years, provides an invaluable source of expertise.”

Under the proposal, the consortium intends to invest US$125 million into the insolvent state enterprise from 2021 to 2030, snapping up the 75% stake currently held by the government.

If the proposal is approved by the government, the consortium projects it would take over all the assets and liabilities, including foreign liabilities, of CSC Limited, which is 100% owned by the state.

Beef output spins US$168 million annually but is forecast to soar to US$1,17 billion in export earnings over the next decade.

“CSC (2016) will take over all the assets and liabilities, including foreign liabilities of CSC Limited, which is 100% owned by the state.

“(The) assets include the CSC headquarters building in Bulawayo, all CSC abattoirs and distribution facilities, all state-owned ranches, which will form our cattle buying operations to hold cattle for sale or slaughter and the 100% shareholdings in Super Canners and Wet Blue Industries and any related movable assets.”

Sources close to the proposed transaction, said, “The Agriculture ministry legal team has been assigned to find ways of terminating the Boustead deal.”

“The Agriculture minister (Anxious Masuka) has tasked the legal officer to look into the joint venture agreement with Boustead to find loopholes to cancel the deal,” said a source who cannot be named for professional reasons.

There has not been much action since Boustead entered the joint venture with the government.

According to the proposal, CSC (2016) undertakes to rehabilitate the embattled entity’s abattoirs, in phases.

In part the proposal reads, “CSC 2016 proposes to undertake a phased rehabilitation of CSC abattoirs, commencing with the domestic abattoirs at Bulawayo and Masvingo. Our plan is to bring them into full production within 12 months, at 1 000 head a day.”

A government source said there was concern that the cancellation of the Boustead deal could lead to legal action.

“What complicates matters is that there is already an ongoing agreement with Boustead and we cannot cancel that deal arbitrarily as this would attract a lawsuit for breach of contract. So as we speak, there are negotiations from both sides to find the best way of solving the impending legal imbroglio,” he said.

Efforts to get a comment from Masuka were futile as he had not responded to questions by the time of going to print.