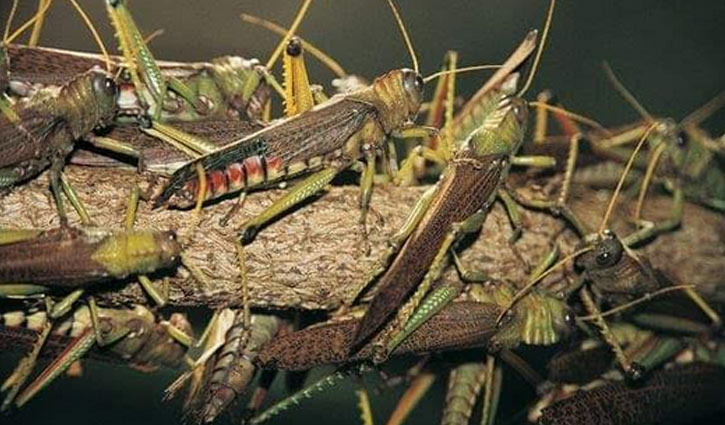 The risk of locusts, according to Fewsnet, is further worsened by the fact ‘the majority of maize crops are at the emergence to early vegetative stage’ where any pests or disease outbreak would cause wholesome damage. The African migratory locusts pose an ominous danger to most crops in the country given the damage it caused in East Africa, particularly Kenya.

Locusts are the most destructive migratory pest in the world. Ever since swarms of locusts from Yemen invaded Ethiopia and Somalia in June 2019, the pests have swept through Eritrea, Djibouti, Kenya, South Sudan, Sudan, Uganda and the Democratic Republic of Congo.

According to the FAO, a single, 40-millionstrong swarm covering one square kilometre can eat the same amount of food in one day as 35 000 people.

In a statement it said, the 2020/21 rainfall season has started well across most parts of the region and that rainfall had a timely start from mid-October through November for most countries “Crops are at various stages due to differences in the timing of planting across the region.

“But generally, the majority of maize crops are at the emergence to early vegetative stage. “While there is increased confidence about the season so far, the risk for fall armyworm remains,” read part of the report.

By April 2021, Fewsnet said food security outcomes were expected to improve with the harvests in most parts of the region. “The green harvest, which is expected in February and March 2021, will provide some shortterm access to own foods; however, this is not expected to improve food access significantly,” further read the Fewsnet statement.

“Combined with a good start, this is expected to lead to a better season than the previous two seasons in many areas,” Fewsnet added.