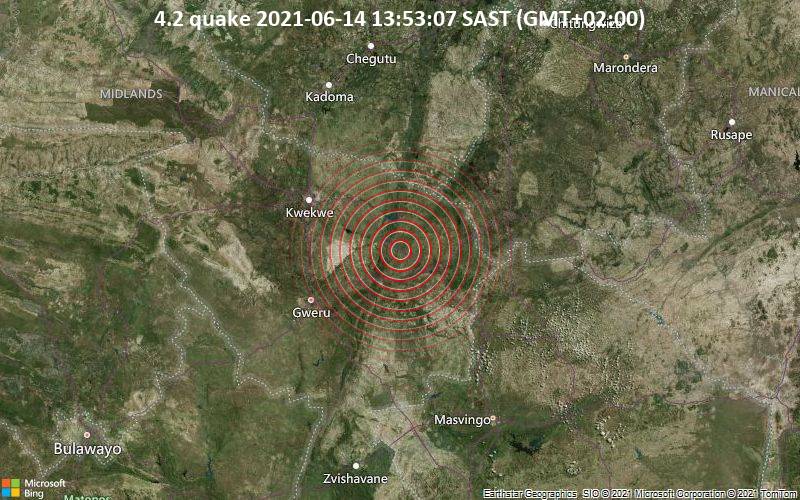 A shallow magnitude 4.2 earthquake was reported around noon near Gweru, Midlands Province, Zimbabwe.

According to South Africa’s Council for Geoscience (CGS), the quake hit on Monday 14 June 2021 at 1:53 pm local time at a shallow depth of 10 km. Shallow earthquakes are felt more strongly than deeper ones as they are closer to the surface. The exact magnitude, epicenter, and depth of the quake might be revised within the next few hours or minutes as seismologists review data and refine their calculations, or as other agencies issue their report.

Based on the preliminary seismic data, the quake should not have caused any significant damage, but was probably felt by many people as light vibration in the area of the epicenter.

Weak shaking might have been felt in Lalapanzi (pop. 1,400) located 20 km from the epicenter.