Magufuli unwinding the clock of democracy 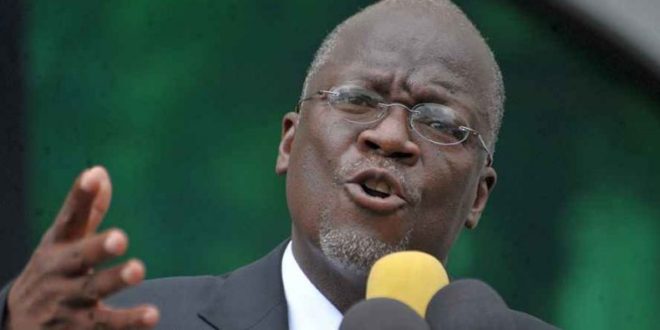 It’s clear that the information blackout is so that he rigs his way back into office.

During his first term, Magufuli introduced a cocktail of political and administrative measures that earned him praise as the torchbearer of democracy in Africa.

But on October 27, there were reports that the Tanzanian government enforced a blackout on social media, with evidence suggesting there were attempts to block access to Twitter and Telegram, among other platforms.

More worrying was that the development came after Magufuli banned the international Press from covering the polls if not in partnership with local media outlets.

It’s during elections that the people desperately need information and blocking social media platforms is an assault to freedom of the media and expression. Strangling the internet will have grave consequences on the right to choice for the voters and also raise serious questions about the legitimacy of the process.

When he came to power in November 5, 2015, Magufuli promised to eradicate corruption and boost the economy. He introduced measures to control spiralling public expenditure, increase public accountability, fired alleged corrupt elements and improved service delivery across all sectors of the economy.

But Magufuli is facing criticism for cracking down on the opposition and the Press as he slowly, but surely joined African dictators’ club.

United Nations Human Rights Office of the High Commissioner on Tuesday noted with concern the “… shrinking of democratic space in the country, with worrying reports of intimidation, harassment, arbitrary arrests, and physical attacks against political opponents, journalists, women human rights defenders, and other activists”.

Magufuli should be reminded that Tanzania is a signatory to African Declaration on Internet Rights and Freedoms (ADIRF), which bequeath citizens the right to use of the internet and digital technologies in excising their freedom of assembly and association.

The ADIRF compels African governments to ensure citizens have unfettered access to information as well as freedom of expression. Tanzania’s media landscape thus should project the African Union (AU) protocols and instruments as outlined in the African Charter on Human and Peoples Rights.

Magufuli’s undemocratic moves come at a time other countries like Zimbabwe are crafting laws to muzzle critics. This will certainly portray the region in bad light.