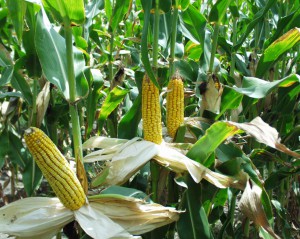 The prize of maize has declined by 50 percent.

STAPLE maize prices dropped by half between September last year and September this year owing to improved maize supplies, according to the latest figures from the United Nations Food and Agriculture Organisation (FAO).

Despite a slight spike in the prices around March in the Harare region, the prices have dropped from an average $12 per 10kg in September last year and leveled off to an average of $6 per 10kg around July to date.
The price drop represent a -19,7 percentage change.

The falling maize prices are tracking global maize prices that continue to be “pressured down by large supplies following the significant production rebound in 2017”, says the FAO basing its report on data from the Zimbabwe National Statistics Agency.

“In Zimbabwe, prices of maize meal declined further in September, while there was a small increase in those for maize grain, consistent with seasonal trends. However, prices of maize grain still remained well below their year-earlier values,” FAO has noted, however adding that elsewhere, maize prices have been strengthening.

“By contrast, in South Africa, the key sub-regional producer and exporter, prices strengthened somewhat due to an expected contraction in plantings for the 2018 crop due to large local supplies and low prices. However, abundant availabilities from the record 2017 output kept price levels lower year-on-year.”