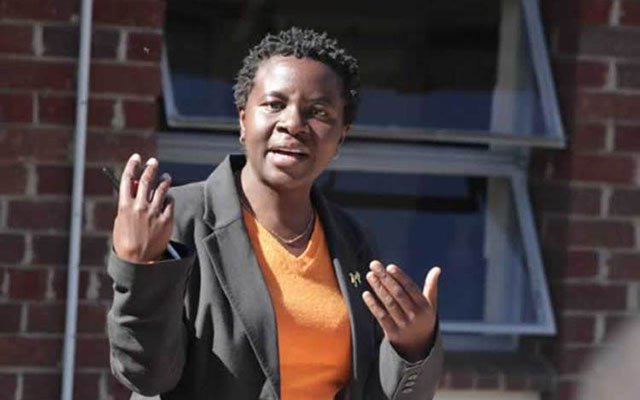 Overview of the constituency HARARE West constituency represented by Jessie Majome in Parliament, covers some affluent suburbs in the capital, which include some parts of Mabelreign and Westgate. Some of the houses are very posh, while others can be described as comfortable since most of the constituents are of middle income. 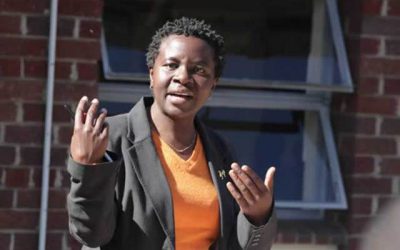 A drive through the constituency by NewsDay revealed that there are a considerable number of elite individuals with commendable educational attainment, as evidenced by the results of the random sampling survey, where people were able to clearly articulate issues affecting their constituency.

Despite the beautiful houses in the constituency, the roads are full of potholes.

Problems in the constituency that the MP could highlight in Parliament as oral or written questions:

Performance of the MP in Parliament

Majome is undoubtedly one of the most charismatic MPs the country has ever had, and her commitment to duty in Parliament has managed to dispel gender stereotypes that women cannot be effective leaders.

She is the most visible MP online, where her social media pages Facebook and Twitter are very active and she constantly communicates with her constituents and gets feedback. Other MPs can learn a lot from her as she uses social media to tell stories about her work, even those stories that mainstream media would have failed to cover.

Her contributions to the National Assembly have assisted to reshape gender perceptions of women, and she has fought hard through her motions to promote the girl child, stop gender-based violence, and early child marriages, as well as advocating for stiffer penalties for sex offenders.
The questions that she has raised also reveal her comprehension of the justice system. She is a human rights activist in Parliament and her draft proposed Bill to end early child marriages was accepted by government and will be incorporated as part of amendments to the Marriages Law.

Majome sits in the Justice, Legal and Parliamentary Affairs committee, the Local Government committee, and she is also chairperson of the Parliamentarians for Global Action (PGA) Zimbabwe group.

What people from Harare West said about their MP

Majome is very visible and no one can question her vibrancy and positive contributions in Parliament. We always see her on television. However, I also think she is more vibrant on social media platforms than she is physically.

Our MP is active, and we believe that she can play an intermediary role to stop the corruption at schools where our children fail to get places, yet the places are given to children from faraway places like Dzivaresekwa.

As a vibrant MP, Majome can assist us by engaging road authorities to ensure we have proper road markings and Zebra crossings. We have confidence in Majome and think these are some of the issues she can push for in Parliament.

As a woman myself, I feel proud our constituency is represented by an energetic woman, I must say I am quite inspired and proud. She has defied all the odds and showed us that as women we can do it, and furthermore, we all have no doubts that she stands as one of the most active MPs, if not the most.

She is there for us. But, I must underline that we are not sure how exactly we can hold to account those who are responsible for the problems we are facing such as water woes, and we hope that our MP can always help us in that area.

I always joke that I am one MP who never visits the constituency because I live there. Without any administrative facilities such as an office or halls for meetings or staff provided by Parliament, I have improvised; I use my law office facilities in Milton Park to house my constituency office.

I set aside Fridays for a “clinic” for any constituent who wants to see me and who books an appointment via 04253378/751638 or hararewest1@ gmail.com.

I have become possibly ‘the most updating MP’ through my unique initiative to also run a virtual office and town hall on Facebook & Twitter @ JessieFMajome and the Harare West Parliamentary Information Service which has become a valued source of Parliamentary information for even many beyond the constituency, including even journalists.

I have found social media to be more effective in giving feedback and hearing from constituents than meetings because of its wider reach, low cost, lack of time constraints as is the case with meetings.

Onto other problems, we have facilitated and restored relations and interaction between constituents and Harare City Council on service delivery through linking the two via my Facebook and Twitter platforms. We have also used bulk SMS and convened meetings for residents and council on various subjects like the Ashdown Park church noise pollution, Good Hope road heavy vehicle damage and Tynwald North council service delivery platform at my constituency feedback forum in December.

We have also held meetings with the police to pursue investigations on murders, gender-based violence and traffic accidents.

People might also recall how we engaged the Local Government minister with an online petition to devolve power and money to councils.

Turning to unemployment, as part of efforts to assist, I negotiated and secured priority for Harare Westerners for the 800 jobs created by BL Habbert in constructing the US Embassy in the constituency.

It is true that there is massive ignorance about the role and function of MPs. A significant lot have several expectations which have a little relationship with the legislative oversight and representative role. Unfortunately many see no difference between an MP and a Councillor, therefore, voter education is required to help people understand this distinction.