BELOW is a full statement made to the Daily News by the late Zororo Makamba’s family after he became the first Zimbabwean to succumb to coronavirus at Wilkins Hospital in Harare yesterday. 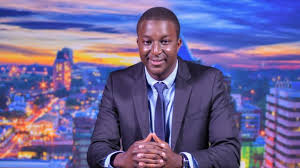 Zororo was in New York for 20 days and when he came back he had a slight flue, a cold. He then went to his general practitioner and they checked him for coronavirus symptoms and they said he didn’t have them at the time.

He was just told that he had a cough and a flue because in New York it’s cold and here it’s hot, so they then treated him for flue and he came back home.

On Friday last week he started developing a fever and his doctor recommended that he had to be admitted. This is because Zororo had a tumour removed from just under his left lung last year in November and he was under an 18-month recovery time-frame.

His immune system was already compromised, so the doctor was very keen that he gets into the hospital and receives proper medication to help him get over the flue and fever.

He was further advised to go to Wilkins Hospital to test for the coronavirus. He arrived at Wilkins Hospital by 10 am and samples were collected from him and we were told that the results would be in after 6 hours.

After 6 hours there were no results and his general practitioner called to find out why the results had not been availed yet. The hospitals officials then told the GPA that they had not run the tests yet they were waiting for samples from provincial hospitals to run them all at once.

The doctor got frustrated and started questioning why they had not run the tests given that Zororo’s condition was deteriorating. After some time they then decided to run the test and in the meantime we took him home and he needed oxygen.

His GPA phoned around and an ambulance came home to deliver the oxygen and then we got the positive results for coronavirus at about 1:30 or 2:00am the following day.
They told us that now that they had confirmed that he had the virus he had to be taken to the Wilkins Hospital for treatment.

We then inquired if we could him bring immediately and we were told that the hospital was not ready to receive coronavirus patients.

So in the morning we waited and waited and they were still not ready to admit him. He ended up being admitted around 10am and 11am.

His doctor made it clear earlier on that he had to be on a ventilator because he could not breathe. However, when we got at Wilkins Hospital there was no ventilator, no medication and even the oxygen would run out and they had to get it from the City of Harare.

After that we ran around to find a ventilator for him and we managed to get a portable ventilator from a family friend who had a relative who used the ventilator before he died.

In terms of medicine you need to breathe, they didn’t have it there, we had to go and buy it in South Africa. We ended up finding some today (yesterday)just as he was passing away at a local pharmacy, yet the hospital was telling us it was not locally available.

We then brought the ventilator on Sunday by 2pm and when we got here, because the portable ventilator had an American plug, they told us to get an adapter because they only had round sockets at the hospital. I then rushed to buy an adapter and came back and they never used it and when I asked why they were not using the ventilator they said they had no sockets in his room. So they didn’t have medication, ventilators and we brought them a ventilator and they didn’t have sockets in his room. I told them that I had an extension cord and pleaded with them to use the cord, but they refused.
They forced us to come here, but failed to deliver on their promise. When Zororo had his operation, he had it at Health Point Clinic. I contacted the people at Health Point and asked if they were willing to take Zororo in and they said yes and that they had already set up a facility to accommodate him.
We then appealed to Health minister Obadiah Moyo that since you are not prepared at Wilkins Hospital can we take him to Health Point and he refused.

He promised us all sorts of things that this morning (yesterday) they would definitely be a ventilator and equipment but nothing materialised. If you go inside there you will see that they are not prepared to handle cases this side.

The minister at some point also suggested that we could take him to a trauma centre in Borrowdale. When it was now time for us to go to Borrowdale trauma they refused us to go there.

Instead they got the owner of Borrowdale Trauma Centre to call me and he told me that he could come and set up an ICU at Wilkins for Zororo complete with a ventilator and monitors, but he said that we had to pay US$120 000 for the equipment.

On top of that, remember this is a critical patient, nurses would only visit him after two hours because they were afraid of handling his situation. We had to phone from home, calling the nurse station to tell them that Zororo was in distress and that his oxygen was finished because they were not going to check on him.

It even got to a point where they were telling us that we are bothering them but Zororo was struggling in there.

My mother and his fiancé have been parked out here for the past two days and they wouldn’t allow us to come in.

The minister lied to us on many occasions. He lied to us that they were going to bring equipment and doctors but nothing ever materialised.

We reached out to President Emmerson Mnangagwa and First Lady Auxilia Mnangagwa who promised us that Zororo could be transferred to Beatrice and that there was a room for him. Nothing came out of this.
We even appealed to them saying that if they have failed then they should allow us to take him home and treat him ourselves because really what he needed was oxygen.

At the end before he died, he kept telling us that he was alone and scared and the staff was refusing to help him to a point where he got up and tried to walk out and they were trying to restrain him.
So this is how my younger brother ended up dying. I want people to know that the government is lying.
Remember at some point I spoke to the president and he was saying that the report he received about Wilkins from the Health minister is that there is equipment and medicine.

However, right now they don’t even have water at Wilkins. So if you come here to be treated for corona there is absolutely no treatment you will get, you will die.

I am not a healthcare giver but I have respect for nurses and doctors. The doctor we were in contact with here at Wilkins would turn off his phone yet he was the critical contact person, the nurses also refused to help us.

So people need to know that the government is ill-prepared, it is not ready to deal with this virus.
Right now we have been outside since 12pm and they have not given us his body, neither have they told us the way forward.

Zororo passed away between 11am and 12pm today (yesterday) and the hospital called us to come and look at his body. When we got there, we were, however, told that they had already put his body in a body bag and taken it to the mortuary.

Until now at 5pm we have been waiting for further communication and they have not even given us any of his belongings.

This is such a heart-breaking experience for us and it goes to show the lack of seriousness our government has in dealing with the coronavirus.