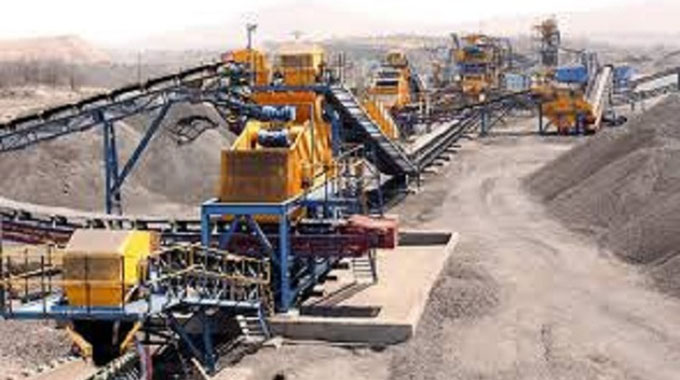 Business Reporter
Coal production at the country’s largest coal miner Makomo Resources has plunged as much as 36 percent since the beginning of the year as activity dropped due to a serious shortage of foreign currency to import spares, director Ray Mutokonyi said.

Zimbabwe is facing serious currency shortages and the Reserve Bank of Zimbabwe recently disclosed that the foreign payments backlog now stretches up to a year.

Despite the central bank’s drawdowns on the $1,1 billion African Export Import Bank nostro stabilisation facility to facilitate international payments, local companies are still battling with the shortage of the green back to settle external payments.

“We had a very bad start . . . our monthly production levels declined from around 250 000 tonnes to 160 000 tonnes because we have no foreign currency to import raw critical spares,” said Mutokonyi. “This affected our ability to satisfy customer’s orders.”

Makomo is the largest supplier of coal to Zimbabwe Power Station and the decline in production has forced ZPC to shut down its thermal plants Bulawayo and Munyati and Harare.

Mutokonyi, however, said production activity was picking up after the Reserve Bank of Zimbabwe released foreign currency. But the allocation “is a drop in a ocean considering that we have not been getting forex for a very long time,” said Mutokonyi.

He said due to inconsistent allocation of foreign currency, requirements have grown and the company required as much as $10 million to import critical spares.

“Usually in the first quarter of the year, production is affected by the rains at this time, it was not a factor because there was nothing much happening at the mine,” he said.

Makomo operates in Hwange with its mineral resource at Entuba Colliery, which is situated approximately 17 kilometres from Hwange town in Matabeleland North province.

The company is the largest privately owned coal producer in Zimbabwe and established itself as a leading force in the industry since its inception in June 2010.

Makomo produces thermal coal mainly used by the power stations for the generation of electricity. Ash values are generally between 20 percent and 28 percent.

It’s estimated the open cast resources have a lifespan of more than 30 years at one million per annum plus another 100 years of underground mining, according to the company.

Meanwhile Mutokonyi said the non-payment of arrears by the Government to the China Export & Credit Insurance Corporation (Sinosure) is scuttling its $2 billion power project.

The arrears to Sinosure has forced China Exim Bank to stopped advancing loans to the country’s energy projects including those being spearheaded by the ZPC.

Makomo intends to build 2×330 units, with the project expected to take about two years from commencement. “All the agreements are already in place and what is holding us are issues to do with Sinosure and the matter is being handled by the Government.”

Other energy projects that have been affected by non-payment of arrears to Sinosure include the $$1 billion Hwange Power Station and $100 million solar project in Insukamini.