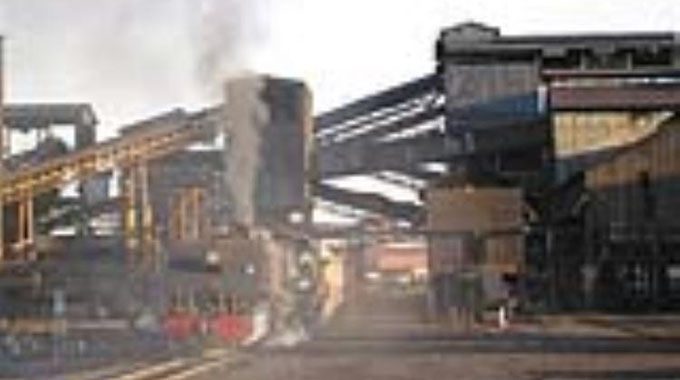 According to Mr Chatterjee HCCL’s significant potential to expand and beneficiate its coal means it can benefit from the logistics infrastructure provided by the Nacala Corridor.

The Nacala Logistics Corridor is a rail line developed for the purpose of transporting coal from mines in western Mozambique to the port of Nacala via Malawi.

“Since Hwange has a lot of potential and is looking to expand its operations to include beneficiation and/or value addition, the company can benefit from utilizing the Nacala Logistics Corridor,” said Mr Chatterjee on the sidelines of the CBZ International SMEs Indaba here in Bulawayo.

In 2016, HCCL outlined plans to re-open its underground operations towards the end of the second half of 2017 with the financial benefits only due to be realised in the 2018 financial year. This would increase the coal miner’s capacity to generate export sales from coking coal and coke.

And with regards to this, HCCL announced that it was in discussions aimed at facilitating the takeover of the Hwange Coal Gasification Company (HCGC) coke oven battery in terms of a build–own–operate–transfer, agreement with its Chinese partners in HCGC.

Additionally, the company last year signed a 25-year coal-supply agreement with an independent power producer (IPP), with the IPP due to construct a coal-fired power station that would initially consume 200 000 tonnes a month of coal in three years’ time.

Mr Chatterjee said in view of these plans to expand and beneficiate, the Nacala Logistics Corridor’s infrastructure would help HCCL to fully take advantage of the coal-coke-charcoal-power value chain.

And the move by Vale Coal to set up the Nacala Corridor has boosted the group’s latest financial performance.

“The increase in EBITDA was mainly due to higher realized prices and the ramp-up of the mine expansion and of the Nacala Logistics Corridor,” explained Mr Chatterjee.

Hwange Colliery, is a majority state-owned coal miner that is triple-listed on the ZSE, the Johannesburg Stock Exchange and the London Stock Exchange.

Prior to the entrance into Zimbabwe’s coal space by the privately-owned Makomo Resources, HCCL was the country’s sole coal producer.