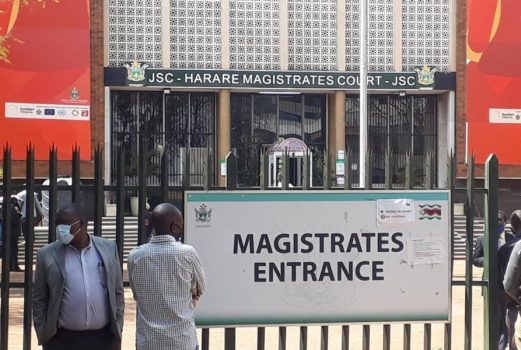 BY TREVOR MUTSVAIRO
A 28-YEAR-OLD Ruwa man was on Monday arraigned before Harare magistrate Yeukai Dzuda over an attempted murder charge after he got involved in an accident, and became violent towards the other driver.

Brighton Chitereko was remanded in custody March 10 this year.

Allegations are that on February 26 around 4:30pm, the complainant Pio Harutsanyi (58) and Chitereko were involved in a road accident along Robert Mugabe Road.

Chitereko allegedly drove off after the accident scene.

Hurutsanyi then followed the accused’s vehicle and blocked it in Hillside.

Chitereko allegedly became violent, took an iron bar from his car and hit the complainant four times on the head.

The scene was attended by police officers from Braeside, who arrested Chitereko.

Harutsanyi was referred to hospital for medical attention after suffering head injuries.