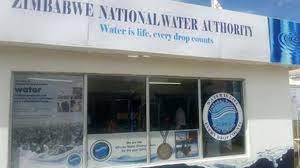 BY REX MPHISA
A BEITBRIDGE man yesterday disrupted a function where the Zimbabwe National Water Authority (Zinwa) handed over water administration duties to the Beitbridge municipality, which was officiated by Lands and Agriculture minister Anxious Masuka.

The man, Bhekimpilo Mbedzi shouted at the top of his voice accusing government officials of looting the country’s resources to the detriment of suffering ordinary citizens.

He accused Zinwa of mishandling water management in Beitbridge.

“We don’t want Zinwa. It wants to loot our water. We don’t want any memorandum of understanding (MoU) with Zinwa, which has been looting from Harare. We don’t want them here, they should go,” Mbedzi shouted as Masuka was halfway into his handover speech.

Ward 5 councillor in Beitbridge Granger Nyoni (CCC) tried to restrain Mbedzi to no avail resulting in Beitbridge municipal police forcing him out of the venue.

“Why are you pushing me away? We are tired, and they should know we have our water from the Limpopo River which they want to loot,” he shouted again as he was removed from the venue.

To add ro the controversy, Beitbridge town clerk Loud Ramagkapola initially refused to sign the handover documents saying he had been ambushed and had not read the document he was being asked to sign.

“I will also register my displeasure on the issue of breach of a non-disclosure arrangement we had when we unofficially took over water at the beginning of June,” Ramagkapola said after being persuaded to put pen to paper.

During the handover ceremony, Masuka said the development was in line with government’s devolution exercise.

Zinwa and the Gwanda and Beitbridge municipalities have for years been fighting to control of water supply to the towns.

In a speech read on his behalf, Local Government Minister July Moyo urged the Beitbridge municipality to live up to the task of distributing adequate water to the border town.