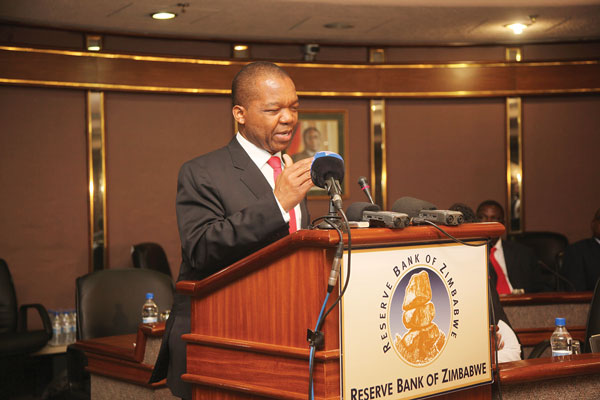 RESERVE Bank of Zimbabwe governor John Mangudya yesterday likened parallel market dealers to the coronavirus which is causing havoc to the economy.

He declared an open war against money changers, describing them as demons that needed to be exorcised.

“There is some asymmetric economic warfare which cannot be touched or seen and it is more like the coronavirus warfare of the economy,” Mangudya said.

Zimbabwe has seen a proliferation of parallel market dealers due to currency volatility, driving up inflation and a subsequent spike in prices of goods.

Mangudya said it was not money supply that was forcing the economy into a comatose, but “factors that are non-monetary”. Every country in the world, the RBZ boss said, has a parallel market, but in Zimbabwe, it triggers hikes in prices of goods with the speed of wind.

“Even if we put the official rate at 1:50 today, those guys will wake up tomorrow and put it at 1:60 because it is now an industry and we cannot catch it,” Mangudya added.

“We need to exorcise that industry and that is why we are serious as the Financial Intelligence Unit to look at the root cause. There is high unemployment, but Zimbabwean people are industrious and because it is a resilient economy they will find a shadow money market where they would work.”

He also said the RBZ had traced the serial numbers of the new $10 notes which were being displayed by an unidentified money changer and discovered that they had been dispensed by First Capital Bank.

“There is a thin line dividing businessmen and these people, so you need to deal with them,” Chiyangwa said.

Tatenda Mavetera (Zanu PF PR) said there was too much policy inconsistency which led to mistrust and hoarding, as well as preference to deal in the parallel market which offers higher rates than the formal money market.

But Mangudya said: “It is not about policy missteps, it is behavioural economics killing this country.”

On the COVID-19 response, Mangudya said failure by Zimbabwe to qualify for the International Monetary Fund loan would affect the country’s chances of taking off.

The IMF released US$21 billion to many African countries, with US$10 billion dished out to sub-Saharan Africa on concessionary terms of 0% interest rate and a grace period of more than five years.