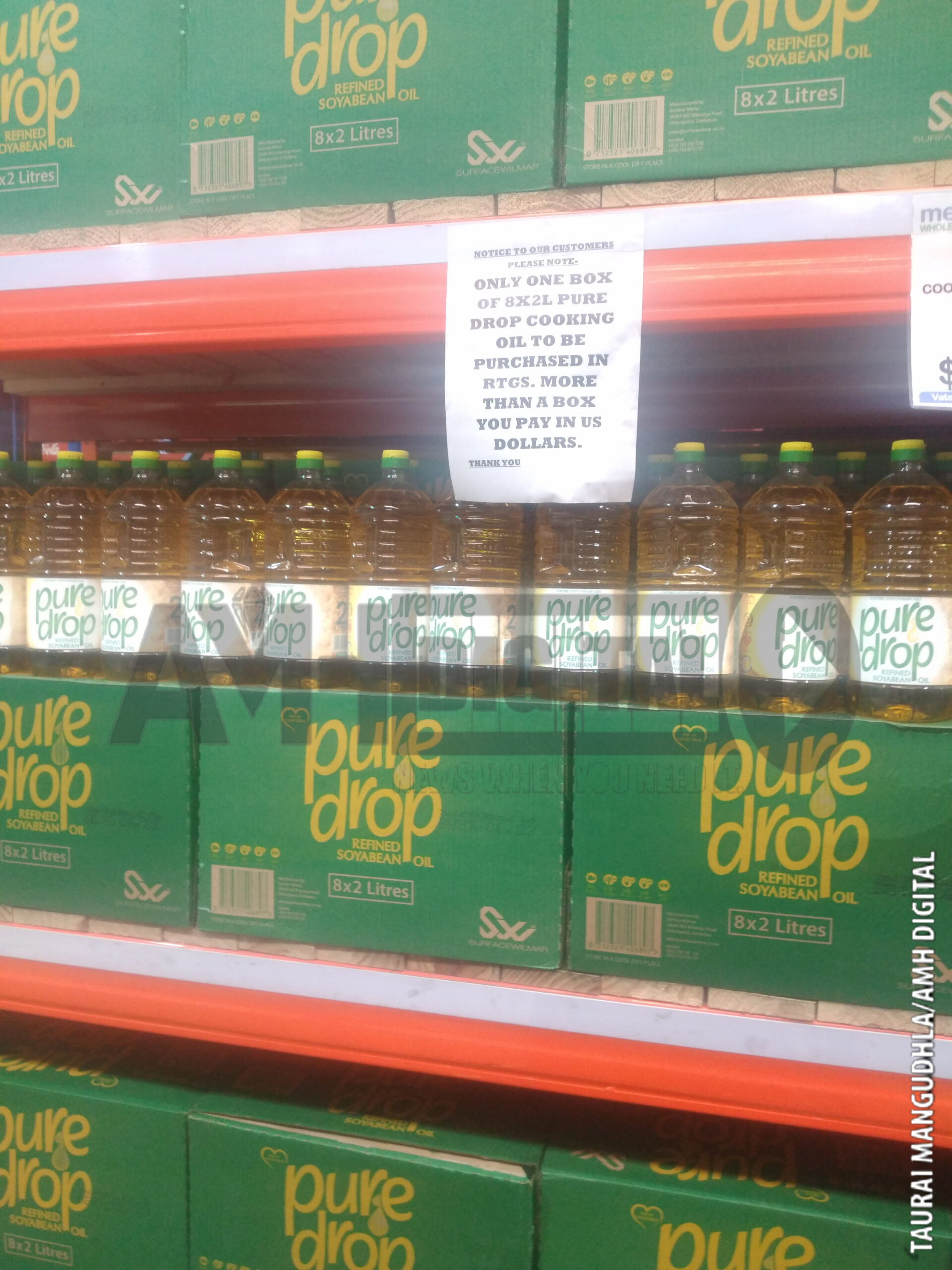 BY TAURAI MANGUDHLA/HARRIET CHIKANDIWA
PRODUCERS of basic commodities are now charging selected products such as sugar, milk and cooking oil in United States dollars, forcing retailers and wholesalers to follow suit and pass on the US dollar pricing regime onto consumers.

This has sparked fears that the local currency may soon be rendered useless as retailers prefer the US dollar at a time some basic commodities are disappearing from shop shelves. 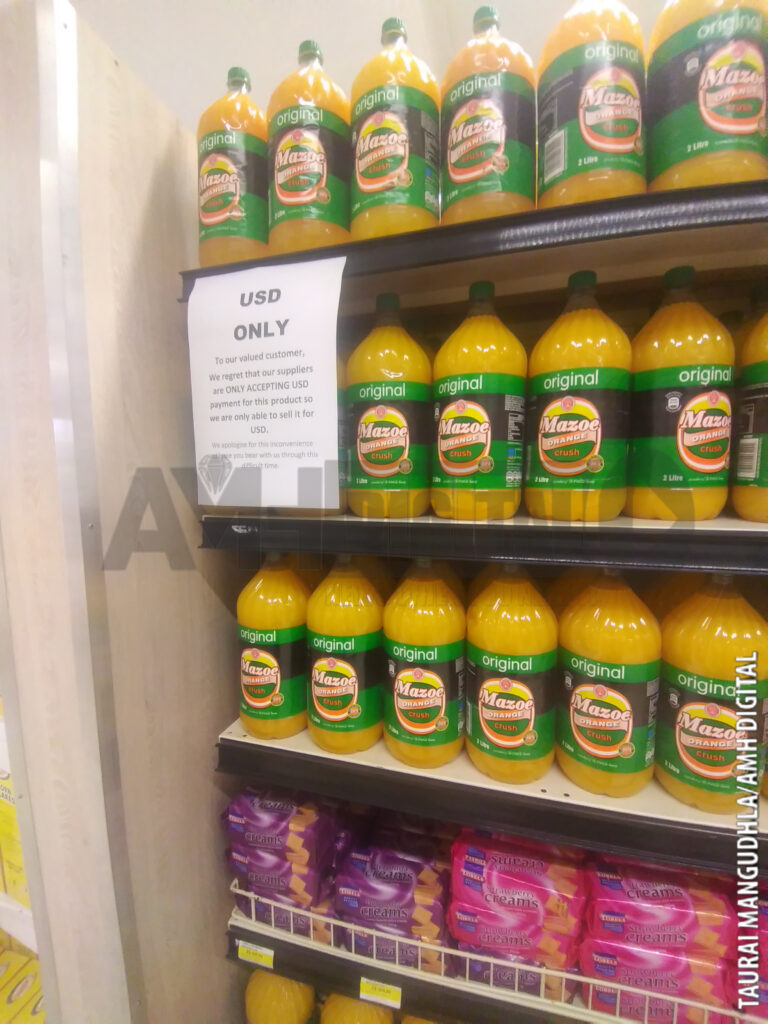 Most workers earn salaries in local currency, while the country is also heavily dependent on imports of raw materials for fast-moving consumer goods (FMCG), including even packaging and printing inks for FMCG packing.

Following the pricing of selected goods exclusively in US dollars, government yesterday reversed its decision to suspend the duty on imported oranges and grapefruits. 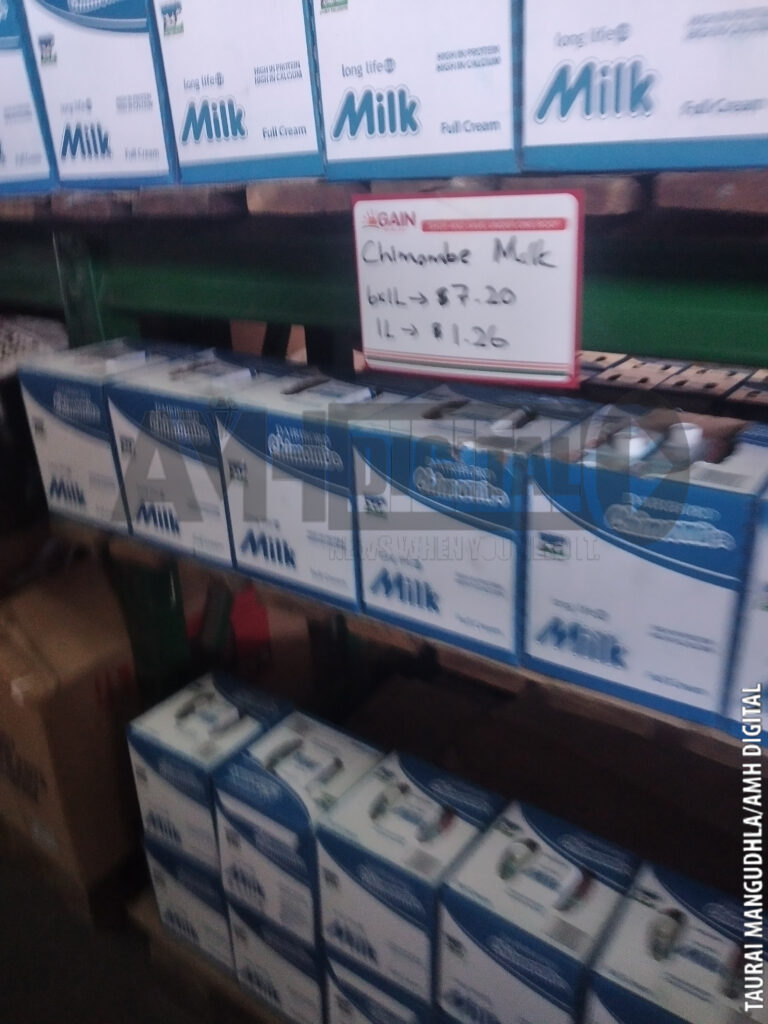 In a letter to Beitbridge Juicing (Pvt) Limited managing director Charles Msipa, Finance ministry secretary, George Guvamatanga said all consignments that are going to be imported would, with immediate effect, be liable to duty at prescribed rates.

“As you would be aware, Treasury, on July 1, 2022, provided a once-off suspension of duty facility for your company to import 10 000 metric tonnes (MT) of oranges and 5 000 MT of grapefruits. This measure was expected to augment local supplies, thereby minimising supply disruptions, as well as guaranteeing affordable prices to the general public.

“Treasury, however, notes that the pricing of your products is now exclusively in foreign currency, notwithstanding government’s initiatives to promote the use of local currency. You will be aware that beneficiaries of tax incentives are expected to complement government’s interventions with responsible pricing models with a view to ensuring affordability of goods, which is key in achieving government’s developmental objectives.”

He added: “In view of the above, I wish to advise that, pending conclusion of investigations on your pricing model, the suspension of duty facility has been revoked.

“In this regard, all new imported consignments will, with immediate effect, be liable to duty at prescribed rates.”

The Reserve Bank of Zimbabwe foreign currency auction platform has also failed as it is saddled with a huge backlog, which has accrued since January this year.

A snap survey by NewsDay yesterday revealed that several shops in Harare, Bulawayo and Beitbridge are now demanding US dollars only for products such as sterilised milk, Mazoe Orange Crush juice, sugar, cooking oil and other products.

The list of products that are sold in US dollars is growing fast yet government has remained adamant that it will not fully dollarise the economy.

A wholesale in Graniteside, Harare, had the most number of US dollar only items, which included locally-produced products such as Dairibord’s Pfuko Maheu, Delight cooking oil and Lobels biscuits.

At another wholesaler, also in Granitesite, Delta products, Dairibord Chimombe milk, maize meal and Gloria flour were also being sold in US dollars.

Sugar is currently out of stock in most shops, and is being sold in foreign currency only.

Industry and Commerce secretary Mavis Sibanda said: “We are investigating and engaging industry to find out the reasons behind this.”

Confederation of Zimbabwe Industries chief executive officer Sekai Kuvarika said:  “We are currently consulting players to get a better appreciation of the pricing issues.”

“Major stores are 95% local currency in terms of sales, whereas more than 90% of their suppliers want foreign currency. It becomes really difficult for wholesalers and retailers to reach equilibrium, where suppliers predominantly require US dollars upfront before deliveries.

“It, therefore, makes it difficult to sell at interbank rate and then raise or recoup the US dollars you have used. What this tells you in simple terms is that the supplier is refusing local currency and they are using their product to source foreign currency,” Mutashu said.

Consumer Council of Zimbabwe director Rose Mpofu said demanding US dollars only in a multiple currency regime was unfair and an abuse of consumers.

“We are in a multiple currency regime and consumers have a right to use which ever currency is in the basket. This is unfair because the majority of consumers do not have US dollars, they are earning local currency,” Mpofu said.

Reserve Bank of Zimbabwe governor John Mangudya yesterday appeared before the Parliamentary Portfolio Committee on Budget and Finance to speak on the foreign currency auction system and claimed that it has been providing growth and expansion of the country’s industries.

Mangudya claimed that the country’s high inflation rate of 191,6% was caused by the effects of the COVID-19 pandemic, and further exacerbated by the Russia-Ukraine war.

“The auction has been able to provide raw materials for entities and safeguard employment. The expansion of industry also came with prices going up. There is always a trade-off between an expanding economy and inflation.  When we are using our currency, the velocity of circulation of local money is always higher than the circulation of money,” he said.

“As the Monetary Policy Committee, we are convinced that the economic fundamentals of this country are strong and the balance of payment is relatively strong.”

Zimbabwe National Chamber of Commerce president Mike Kamungeremu also appeared before the same committee, saying: “The forex auction system in place is mainly serving as a foreign currency allocation mechanism through the priority list, which is depriving other market players access to the price discovery platform. The exchange control regulations are viewed as misaligned and there is need for continued high level engagements to reach common ground among all stakeholders.