Marching towards starvation and baton sticks

Source: Marching towards starvation and baton sticks – The Zimbabwean 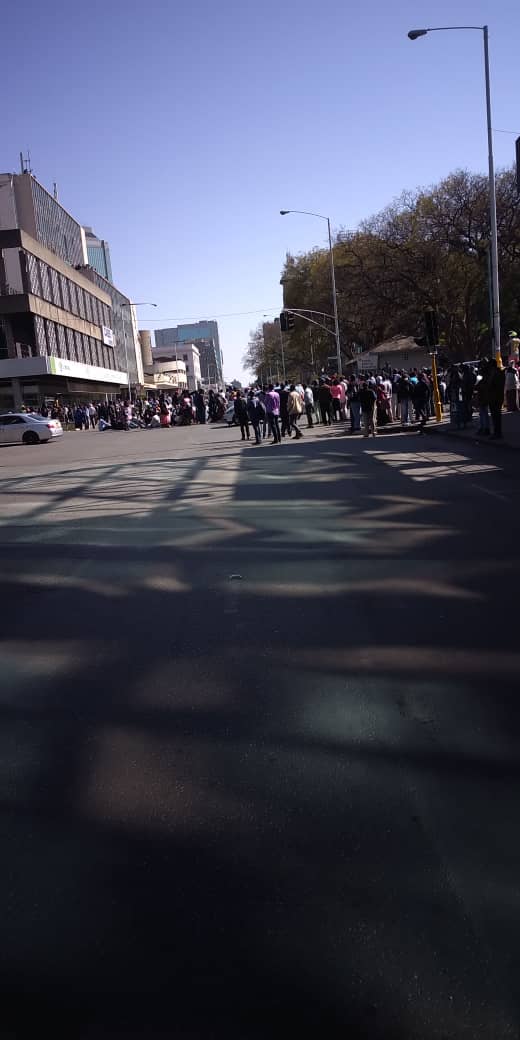 I am writing this letter to you from Zimbabwe on Friday 16th August 2019 with a very heavy heart. Despite a year of rhetoric from President Mnangagwa that this was a ‘New Dispensation’ and that we were ‘Open For Business’, events of today showed us, and the world, that absolutely nothing has changed.

Yet again the streets of Harare were filled with unarmed, running, screaming people chased by riot police using their baton sticks (truncheons) again and again. People who fell down were repeatedly beaten on the tarmac, their images filmed for the world to see. People sitting on the streets were beaten. The MDC described it as “extreme brutality against citizens.” There were no cars being stoned, no tyres being burned, no shops being looted and no signs of any violence, making the reaction of the police simply incomprehensible.

In the past week eighteen civic and political activists and MDC officials have been abducted and tortured ahead of the planned march. Yet again we have heard stories we prayed we would never ever have to hear again after the end of Robert Mugabe: accounts of armed men coming at night, people abducted, taken in unmarked vehicles, beaten on the soles of their feet, dumped on roadsides.

My heart was breaking watching the scenes from Harare today because it was on these exact streets that I marched with hundreds of thousands of others in November 2017, wearing my flag with such pride, Zimbabwean to the depths of my soul, caught up in a tidal wave of euphoria and joy at the end days of Robert Mugabe. How can Zimbabwe have gone so far backwards again and so fast?

For a moment, if we had dared to hope that police, who have been suffering the same hell as the rest of us, would not raise their baton sticks against unarmed citizens marching in Harare today, we had not been paying attention. Speaking at Monday’s Heroes Day events, President Mnangagwa said: “Government is finalizing special remuneration packages for the men and women in uniform, the military salary concept, and other incentives to cushion them from hardships that have affected the country’s workers.”

For the past 54 weeks (since the 30th July 2018 elections) we have been living in a state of continual, daily deterioration marked by anxiety, fear, and chronic economic hardship. We have seen all our US dollars in banks, savings accounts and pension funds unashamedly converted by our government into Zimbabwe Bond dollars which have lost 98% of their real US dollar value in the past 20 weeks. We can’t afford medical treatments and medicines anymore; fuel prices have gone up seven times this year and food prices quadrupled. As a nation we have been decimated by our own government: employers, employees, self employed and unemployed citizens, civil servants, pensioners: none have been spared.

This week the World Food Programme said 2.3 million people in rural Zimbabwe need emergency food aid now and this number will increase to 5.5 million in the coming weeks. The government estimates another 2.2 million people in urban areas also require food aid, bringing the total to 7.7 million, over half of our total population. The WFP said “We are talking about people who truly are marching towards starvation if we are not here to help them.”

Today in Harare, people already marching towards starvation, also marched towards baton sticks; we feel their pain and our hearts are with them. Until next time, thanks for reading this letter from Zimbabwe, now in its 19th year, and my books about life in our beautiful Zimbabwe, love cathy 16 August 2019.