Gold Leaf Tobacco Corporation has posted an R10m reward for information that leads to the arrest and conviction of those behind the shooting of its co-owner Simon Rudland. 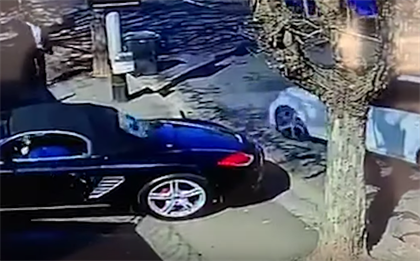 Gold Leaf Tobacco Corporation has posted an R10m reward for information that leads to the arrest and conviction of those behind the shooting of its co-owner Simon Rudland.

Rudland was shot outside the Norwood offices of the Fair-trade Independent Tobacco Association (FITA) in Johannesburg on Wednesday.

Gold Leaf is a member of FITA.

Security camera footage of the incident shows Rudland pulling up to the gates of the premises. Seconds later, a white VW Golf is seen driving up behind him as a shooter opens fire on Rudland’s Porsche. Four seconds later the Golf speeds away.

Rudland was rushed to hospital, where he was treated in intensive care.

On Wednesday, FITA chairperson Sinenhlanhla Mnguni told News24 that the organisation and its members were shocked by the attack.

“At this stage, police are investigating. This is something we take seriously,” said Mnguni.

FITA, in a statement released on Friday, said it was passing on any information it received to “law enforcement agencies tasked with investigating this matter”.

It said it was concerned that similar incidents had not been investigated with “vigour” by the authorities in the past.