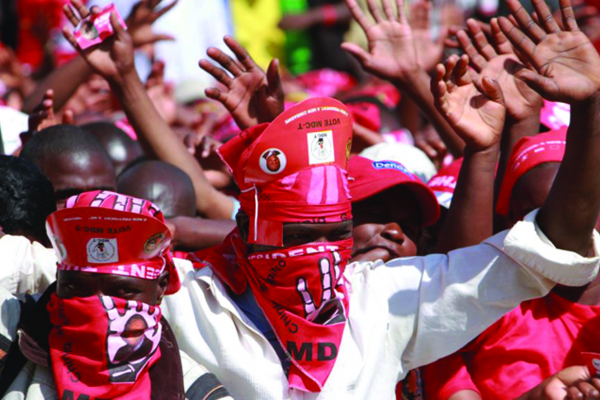 By NQOBANI NDLOVU
THE Matabeleland South branch of the MDC-T led by Douglas Mwonzora on Friday resolved to work with councillors affiliated to the MDC Alliance led by Nelson Chamisa in an electoral pact that will see them fielding one candidate to contest elections in the province.

More than 80 council by-elections are pending across the country, and more than 40 parliamentary seats are vacant after the MDC-T recalled legislators and councillors affiliated to the MDC Alliance.

However, by-elections were suspended by government due to COVID-19 regulations.

In Matabeleland South, Mwonzora’s MDC-T provincial executive has said it is opposed to recalls and wants unity talks with other opposition parties to ensure victory against Zanu PF.

“We are planning on having one single candidate from the MDC Alliance or MDC-T so that we push the Matabeleland South agenda. The electorate is clear that it wants a united MDC,” Matabeleland South provincial chairperson Ekem Moyo (MDC-T), who is former Gwanda South legislator, said.

“We have to think of the electorate. At the end of the day, it is our feeling that constituents should not be sacrificed because of our differences as the leadership. We have to work for the good of the electorate which voted us into power. In our engagements with ordinary party supporters and the general citizenry, they are clear that they are not happy with all this infighting,” Moyo said.

“In Matabeleland South, we have a number of councillors from the MDC Alliance that we are working with because they were elected and should not be sacrificed or fired.”

In terms of section 129(1)(k) of the Constitution, legislators and councillors can be recalled at the instigation of the party that got them elected into Parliament.

Electoral watchdogs like the Zimbabwe Election Support Network (Zesn) have, however, expressed concern over the slow pace in implementing electoral reforms ahead of the by-elections and general elections in 2023.

“Zesn calls upon the government to move with speed in the implementation of the electoral reforms, as most remain unattended to at a time when Zimbabwe is barely two years away from yet another set of harmonised elections in 2023,” Zesn said in a recent statement.

“If addressed early, the reforms would contribute to a more credible electoral process. Having to rush electoral law changes on the eve of elections, as has been the case in the past, is not in the best interest of democracy.”