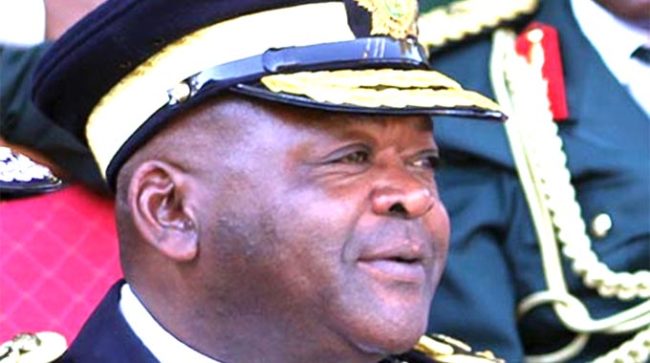 Police Commissioner-General Godwin Matanga has come under fire from his subordinates after he allegedly ordered the closure of a Zimbabwe Republic Police-run college on January 2 this year without prior notice, leaving about 140 pupils stranded.

Matanga is alleged to have initially recommended regularisation of Support Unit Independent College at Chikurubi, Harare, before he ordered its closure last week without giving prior notice to both the pupils and their parents.

The parents have since roped in Alex F and Associates Attorneys to challenge the decision in court.

The institution, which was registered with the Primary and Secondary Education ministry, but was yet to be formally regularised since its launch over a decade ago, mainly served children of junior police officers.

“The central planning committee recommended and the commissioner-general approved that the proposal for regularisation of the Support Unit Independent College be held in abeyance for want of skilled and adequate teaching staff, sufficient ablution facilities and a qualified principal,” a circular by one Assistant Commissioner RM Basera (acting director for legal services to the Commissioner-General), read.

“The Support Unit Independent College is to cease operations at the end of this current term to enable parents to find other alternatives for children enrolled thereat.”

The circular added: “Teaching and non-teaching staff members at the Support Unit Independent College to be re-deployed.”

Through their lawyers, the parents claim they were only told of the decision on January 2 when they were called for a meeting.

“The decision to close the said college was made without any consultations with the parents or advising the pupils,” part of the letter dated January 3 read.

“Practically, no notice was given to enable pupils or parents to find alternative schools, thus making the directive spurious, arbitrary, unlawful and in violation of our clients’ constitutional rights.”

The lawyers added: “For a greater reason, the decision to shut down the school was effectively made without affording them an opportunity to make any representations. This is despite the fact that, the closure of the college brings unbearable consequences to the future educational development of the children enrolled at the school, and borders on violating their constitutional right to education in that some may not even afford to change schools on such a sketchy notice.”

The lawyers said the decision to close the college was reached on December 30, 2019 and “our clients were only informed on January 2, 2020. By that time it was not possible for parents to reasonably find alternative places for their children in terms of time and financial resources”.

The college was opened more than a decade ago as an initiative of Kuyedza Club, targeting wives of police officers.