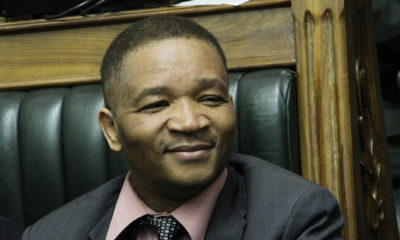 Responding to questions in the National Assembly, Matiza also disclosed that vehicle number plates were being manufactured locally.

Sibanda also demanded to know how the Transport ministry would deal with the chaos at the Zimbabwe Revenue Authority (Zimra) and Central Vehicle Registry (CVR) offices with motorists seeking to secure the number plates.

This was after it emerged that the CVR had run out of number plates, with motorists paying but only getting receipts, which were not recognised at police roadblocks.

“A study has been done by our institutions of higher learning and approved by Cabinet, where we will be coming up with superior number plates,” Matiza said.

“As we speak now, the production of number plates is done locally,” he said; but did not explain why motorists were being forced to pay for the number plates in foreign currency.

He said the reason why there was chaos in the issuance of number plates was due to the COVID-19 lockdown, whereby imported number plates arrived late due to transport problems.

“Secondly, disbursements of number plates started in July and we noticed that there were cars that were not registered and had no number plates. There was a spike in accidents related to vehicles without number plates and security became an issue. We had to intervene and ask the police to do what they did,” Matiza said.

He said after the clampdown, people started coming in large numbers to get number plates, thus crowding CVR and Zimra offices.

“We have increased the number of hours and decentralised the offices and as we speak, we have number plates which will last us up to the first week of November.”
But Sibanda said Matiza was misleading Parliament as currently there were no number plates at centres throughout the country.

He asked Matiza to explain why he reversed the position set two years ago, where motorists were allowed to use temporary number plates, adding that the congestion at Zimra and CVR offices was exposing people to COVID-19.

“On temporary number plates – this gesture was being abused,” Matiza said.

Meanwhile, Home Affairs minister Kazembe Kazembe said the Central Registry had started issuing birth certificates after it had closed due to the COVID-19 lockdown restrictions.

“During the lockdown period we were not issuing birth certificates. We only issued burial orders, but we have partially reopened for services. We are starting with those children born when the lockdown started and then we will look at those born in September. People that want birth certificates are given numbers and dates to get them to avoid crowding,” Kazembe said.