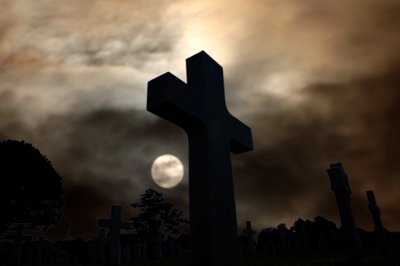 Oops! Just as our educated Zimbo tongues were getting around new, beautiful death vocab!

And so the scripture says: “When they woke up at dawn, the three women proceeded to the sepulchre, as is custom… bringing along some spices which they had prepared, to check the state of Jesus’s grave and reassure his followers that it had not been tampered with.” Even at my age, I have never quite put my head around that painstaking breaking-dawn ritual. It is eerie. It is sacred. And seemingly all wrapped in dark, elderly secrecy. It always involves three to five very carefully elected emissaries. You need wrinkles of experience, much grey hair wisdom and a confidential chest (isifuba) to be selected onto that eminent delegation. The post-burial ritual is conducted like religious clockwork, never forgotten or skipped. Yet beyond a casual notification that all is well, the public is never quite privy to the real purpose, the motivation, fears and the specific procedure that goes with it. My know-it-all barber reckons, “Death is not by God, bro. It is a devilish social loss that leaves a community shaken, vulnerable and potentially pregnant with the ugly deeds and scars of the dead. The post-burial ritual is a morning-after pill that reassures society of the finality and permanence of the departure of the dead from our midst. If not done, the living risk full term and rebirth of all the devil’s angels that accompanied the deceased!” Whatever!

Whatever explains the evident concern around the dead matter, the sacred ritual points much greater importance attached to a dead human body than is suggested by biblical faith, indeed, than the cursing eye can see. Perhaps more for black African society than for others. Perhaps more for some ethnic groups too than others.

I was just remarking that Mary Magdalene, Joana and Mary the mother of James came to Jesus’s grave in the early morning. They found that the mighty stone covering the entrance of Jesus’s grave had (been) rolled away, leaving the tomb gaping open. Shocked, they entered and re-checked where Jesus’s body had been laid. Alas! The tomb was empty and the Son of Man had arisen and conquered death. Just as he had promised: I must die so that you live. Jesus conquered death so that mortals too, may with faith and fullness of time never fear death, but conquer it. That was all about that body of Christ.

In Robert Mugabe’s living years, it was not uncommon that “obertian” and “tonygara” zealots that worshipped his shadow and fed from his looted trough, that the nauseating “disciples” that crawled on all fours and competed for the title: “obedient son”, routinely equated Mugabe to Jesus Christ. That blasphemous juxtaposition wouldn’t escape my barber’s curious mind when, yesterday he reminded me that in biblical and living memory, Mugabe’s tomb at the dictator’s much vaunted National Heroes Acre would be only the second tomb that shall be found empty the morning after — beside that of the Son of Man! But as he reckons, therein ends any potential comparison between light and darkness, and the reasons for this double rarity are as different as the day and night.

From the long-awaited moment that he breathed his very last, Mugabe’s remains have been an unprecedented arena of comic tragedy and grim drama. That, in its penultimate chapter and final dance with the living, the dead body packs a punch so much harder than that of Mike Tyson and so contemptuous rebuffs the size, quality, opulence and ambience of a grave never before heard-of in Zimbabwe, is as gripping a scene as the royal comedy that’s accompanied the equally unprecedented pushing and shoving — government versus family tug-of-war over a dead body. Playwrights and theatre creatives need not create anything, for the script is as spell-binding as it is self-generating: “Love Brewed in the African Coffin” and “Another Empty Tomb” should surely be loading, upcoming blockbusters.

I attempted to explain to my barber the intricate dynamics and conflicting contexts that shape and complicate the entire political ecosystem around the death of Mugabe, but he took everything with no small pinch of salt and insisted I was perilously naïve. In my narrow Christian worldview, a dead body is just that uthul njei, dead matter that counts for zilch. I have thus instructed, that my daughters burn my body and spray whatever ash remains on my favourite garden plants and move on with their beautiful lives. I also understand the colossal shame, diplomatic embarrassment and symbolic implications that should come with the so-called iconic founding father of a nation spurning a most revered national shrine and symbol of honour. Having lived through and experienced the president’s long relationship with his predecessor and their unceremonious four-day divorce party around November 17 2017, I also understand the extreme uncooperative stance of the Mugabes, but my barber insists there’s more to it.

His esteemed counsel revolves around understanding the meaning behind Mugabe’s parting shot and his irreversible dying wish to his wife and family:

“I only leave you two instructions and no more… As soon as my body leaves the borders of Singapore let not my wife’s eyes leave sight of my body… not for three minutes!”

“Whatever they say to you or give you, never agree to bury my body anywhere, where my tormentors can have the slightest access to it …!” he is said to have warned sternly.

“Do not try to reason through these issues, for you may never understand their implications, but just do as I say”. Exit Bob!

The closest version amongst my people must be (ukutshwama, or is it ukutshwamisa). It has to do with leaders using some concoctions of components of a departed adversary’s anatomy to somehow enhance their power and authority and create around themselves that feared sense of invincibility — the quality we associate with Shaka Zulu and Robert Mugabe.

My barber’s spine-chilling revelation is supported by a concerned brother, Qobo Mayisa, who argues vehemently that the primary purpose of the Heroes Acre and its location was always strategically sinister, culturally relevant and spiritually significant. That the ultimate conquest of the victor in an African leadership duel can only be sealed and actualised when victor claims personal possession of and dabbles in certain body parts of the vanquished. The act is both a personal claim by the victor and voluntary, symbolic surrender by the vanquished. The transfer of remains of several Zipra commandants from their Matabele natural habitat to what may be considered Zanu territory was a virtual spiritual surrender of power. This, he argues, for a people particularly competent in sorcery, ritual killing and witchcraft was a political masterstroke. The barber claims that, like his successor, Mugabe must have been keenly aware what fate awaited his dead body were it to be left at the disposal of his “tormentors”!

The sadist fellow dares me, holding his shaving blade perilously against my goitre, to go exhume my own father’s remains at the national shrine and get to understand the trauma and underlying fears of the empty tomb!