May and Merkel backing Mnangagwa is bad news for Zimbabwe 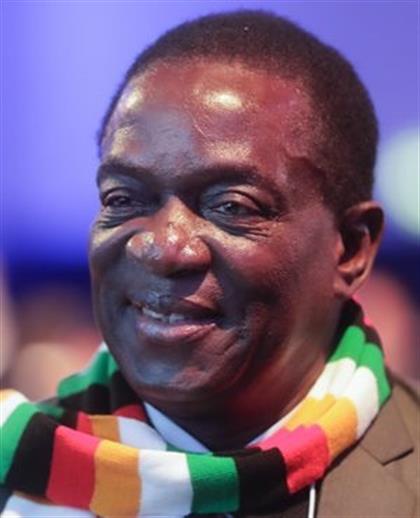 Source: May and Merkel backing Mnangagwa is bad news for Zimbabwe | News24

On August 28, British Prime Minister Theresa May arrived in Cape Town, South Africa, for a one-day working visit. This visit was part of a three-nation tour of South Africa, Kenya and Nigeria designed to strengthen Britain’s trade ties with African nations.

During the course of her visit, May made a brief appearance on South African TV channel eNCA, which all but confirmed her willingness to mollycoddle African strongmen and do business with administrations which hold shaky and homicidal claims to power.

When asked if she endorses President Emmerson Mnangagwa’s strongly disputed victory in Zimbabwe’s July 30 presidential election, a wily-looking May immediately alluded to the commission of inquiry which the former vowed to establish to look into the army’s violent crackdown on opposition supporters.

On August 1, six people died after Zimbabwe Defence Force (ZDF) soldiers used live rounds on hundreds of angry protestors and innocent pedestrians in Harare. Supporters of the opposition MDC Alliance were demonstrating against the alleged rigging of the election in favour of Mnangagwa and his Zanu-PF party when the violence erupted.

Unimpressed by her cagey response, the interviewer asked May a second time whether she endorsed the Zimbabwean president. “Mnangagwa is an elected president,” said the British PM, “He is taking an important step in saying that he will set up a commission of inquiry. I think this is a very important signal from him about the Zimbabwe he wants to see.”

But May should not have endorsed Zimbabwe’s new president without condemning the needless loss of innocent lives and expressing concern over the much-documented electoral shortcomings and illiberal practices, which the European Union’s election observation mission to Zimbabwe also reported on.

Commission of inquiry as political ruse

This is not the first time ZDF soldiers have been accused of killing innocent civilians and a commission of inquiry has been set up to pacify public outrage and whitewash gross human rights violations orchestrated by high-ranking civil servants and army officials in Zimbabwe.

The ZDF, along with influential actors from the Zimbabwe Republic Police (ZRP) and Central Intelligence Organisation (CIO), was accused of committing torture, holding public executions, causing forced disappearances and murdering unarmed civilians during the Gukurahundi massacres in Matabeleland and Midlands between 1983 and 1987.

Prior to this investigation, Mugabe had set up another commission of inquiry to investigate clashes between Zimbabwe African National Liberation Army (ZANLA) and Zimbabwe People’s Revolutionary Army (ZIPRA) that took place during the 1981 Entumbane uprising. Judge Enock Dumbutshena, the country’s first black judge, had chaired this commission.

But the findings of both the Dumbutshena and Chihambakwe commissions have not been made available for public examination to this day.

According to a 2000 affidavit by Mnangagwa, who was then serving as justice minister, the Dumbutshena report had simply vanished into thin air and nobody could find it. Unsurprisingly, not a single person has been held to account for the Gukurahundi killings to this day.

There was a single man at the centre of this deadly drama from beginning to end: Mnangagwa. As minister of security between 1980 and 1988, he exercised control over the much-feared CIO and is believed to have helped in the planning and implementation of the Gukurahundi massacres.

However, he refuses to apologise for his perceived role in the massacres and established a National Peace and Reconciliation Commission earlier this year to smother comprehensive investigations into historical atrocities.

In light of all this, Mnangagwa’s decision to establish a commission of inquiry into the events of August 1 cannot be interpreted as an honest attempt to hold guilty parties to account. His government is extremely reluctant to face judicial scrutiny and will likely use this commission for the very same purpose its predecessors used the ones that came before it: to whitewash the role the Zimbabwean government played in the violence.

The findings of the commission will likely not even be made public or acted upon if they do not match its political agenda or narrative of events.

Theresa May seems to have turned a blind eye to the new Zimbabwean government’s democratic shortcomings in order to secure trade deals, and she is not the only Western leader to do so.

When Mnangagwa became Zimbabwe’s interim leader on November 24, following the military coup that removed Robert Mugabe from power, German Chancellor Angela Merkel said in a letter to him: “Germany will support you as a partner in your endeavours to start a new chapter in the history of Zimbabwe – one characterised by democracy, the rule of law and respect for human rights.”

Mnangagwa has failed to fulfil the above mentioned democratic thresholds, but Germany remains unconcerned.

Late last month, only a few days after Mnangagwa’s inauguration as Zimbabwe’s new president, Germany once again demonstrated its intention to work closely with his administration. Germany’s Minister of Economic Cooperation and Development Gerd Mueller visited Zimbabwe and launched a joint commission with Zimbabwe’s finance minister, Patrick Chinamasa, to identify areas of cooperation that could help promote economic development.

Mueller also met Mnangagwa during his visit and announced that Germany will open new lines of credit for Zimbabwean businesses.

Sadly, the German minister glossed over Harare’s dismal human rights record and only said Germany “believed the new government of President Emmerson Mnangagwa would uphold the rule of law and pass friendly policies”. The German government says its foreign policy champions democracy and human rights, but it appears to be ready to ignore Zimbabwe’s human rights abuses for economic benefits.

The duplicitous approaches of May and Merkel towards Zimbabwe evokes memories of former British PM Magaret Thatcher’s policy towards the country. In 1983, Thatcher’s administration reportedly downplayed the killings of civilians in the Gukurahundi massacres, simply to protect its economic investments in the region. Now, Thatcher’s successor also appears to believe an equally unconscionable approach to human rights abuses in Zimbabwe is the diplomatic way to go.

Zimbabwe undoubtedly needs a massive injection of direct foreign investment. But it also needs to respect human rights and embrace political and legal accountability for its politicians.

Rewarding murderous political leaders with unconditional legitimacy when innocent people have been shot and killed is hardly suggestive of progressive international engagement.

At what point will political accountability extend beyond measured sound bites in public forums and well-scripted statements and result in legal convictions and lengthy jail terms for officials who flout basic laws and order the killings of unarmed civilians?

Overlooking political impunity for economic expediency will likely result in further deaths if Mnangagwa’s hold on power is ever challenged seriously again or indeed overhauled through constitutional means. This political and electoral dilemma has repeated itself time and again since 1980.

Suffice it to say, diplomatic silence and official solidarity with shady characters like Mnangagwa will always metamorphose into lethal complicity down the line. Worse still for Zimbabwe’s long-suffering people, May and Merkel’s awkward diplomatic dance with Mnangagwa hardly suggests democratic and electoral change is in the offing now – or in the 2023 elections.

The views expressed in this article are the author’s own and do not necessarily reflect Al Jazeera, and News24’s editorial stance.