Mayors selected in accordance to party procedures and processes

Source: Mayors selected in accordance to party procedures and processes – The Zimbabwean

The MDC takes this opportunity to put on record the process which the MDC followed in electing mayors in various municipalities across the country. 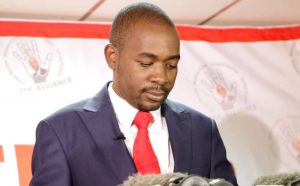 1. The party called for expression of interest from elected councillors in all the cities and towns.
2. Interested candidates submitted their profiles and CVs.
3. Provincial structures and the general public also made nominations and recommendations.
4. A panel comprising of local government structures, the local government committee and civil society primarily those dealing with service delivery issues conducted interviews for all the individuals who expressed interest.
5. The councillors in the local area concerned where consulted and in some cases, they voted. No restrictive shortlisting was done.
6. A scorecard was produced for each of the candidates and the best candidate was put forward to lead the party’s SMART agenda for Transformation. Where there were more than two qualified candidates a vote was conducted.This is the job at hand and the MDC is focused on this task. The MDC will therefore not apologize for leading through formal structures. Internal party democracy and procedures are an important component of the principles of the MDC.The party makes resolutions based on organs using collectively set methods. We also take the opportunity to state that President Chamisa has no direct hand in the selection of mayors beyond his constitutional mandate of carrying out his duties. Those mandated with a process account through him and the National Council.The MDC is aware of the people’s call for delivery of SMART cities and services and will insist on the best candidates to lead this agenda.

The MDC won 26 out of 32 urban local authorities. Mayors in these cities and towns were elected successfully using the process outlined above save for the four incidences which the party is dealing with using the same internal processes and procedures. The provinces were tasked to then deal with any condition that is out of step with party policy taking into account the local conditions.

Democracy and Discipline in the party are twins. The party shall have both or it will be unable to deliver. We note that the Bulawayo issue has been resolved effectively and shortly the other centres will follow suit. We are satisfied with the SMART start by the authorities we control.

Behold the New. Change that delivers