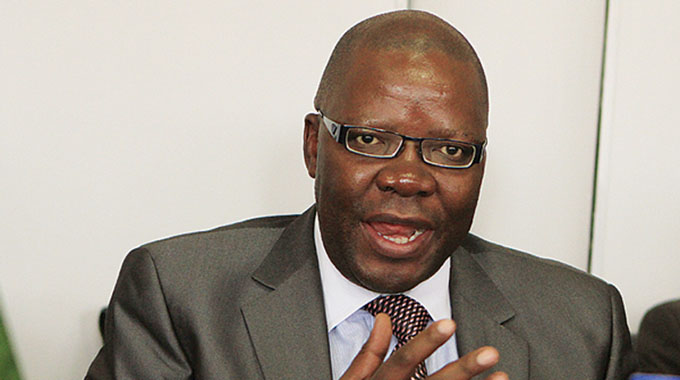 Nobleman Runyanga Correspondent
The MDC Alliance has announced its intention to stage a demonstration in Harare’s city centre this week to protest against aspects of ongoing preparations for July 30 2018.

An examination of the political grouping’s basis for the planned demonstration lays bare its increasing frustration – not with the Zimbabwe Electoral Commission (ZEC) as it claims – but with the reality of a glaring spectre of another definite, dazzling and dizzying defeat in July.

Late last week, one of the alliance’s leaders, Tendai Biti, issued a statement on behalf of the political union in an attempt to justify the planned demonstration to protest against issues such as its demand for an external audit of the biometric voter registration (BVR) voters’ roll.

This demand exposes the alliance’s cluelessness when it comes to preparing for the forthcoming polls.

Zimbabwe is a sovereign country and, therefore, its electoral processes cannot be subjected to scrutiny by foreign bodies to please some indulgent grouping of ill-prepared political parties which see rigging in every ZEC process because they have not adequately prepared for the polls.

The world over, foreign countries, bodies and institutions can only observe the electoral process and not audit it.

This is the reason why those which have already been in the country to talk to both Government and opposition parties have not asked for any audit because they fully know the limits of their brief and respect them.

Biti also justified the planned needless protest by demanding what he termed the demilitarisation of ZEC.

While the ZEC chairwoman, Justice Priscilla Chigumba, has indicated that 15 percent of the commission’s secretariat is made up of retired military personnel, former members of the army can be employed anywhere both in private and public sectors.

No law precludes them from being employed after serving in the army.

Before being former military personnel they are, first and foremost, Zimbabweans just like Biti and his motley group, with full right to employment.

Apart from demanding their removal from ZEC, the opposition has neither put forward any cogent reasons for the demand nor adduced any irrefutable evidence to support their request.

The opposition has its priorities lopsided.

Elections are won when the electorate votes and not by fighting the electoral commission.

The energy that it is wasting in fighting ZEC should be expended in wooing the electorate through life-changing programmes and not childish and utopian promises.

The opposition is cornered and is desperately trying to make up for its five-year absence from the ground by fighting the electoral battle through targeting Government and ZEC instead of positively targeting the electorate.

In February this year, a non-governmental organisation, Women Institute Leaders for Development (WILD) broke ranks with the NGO community, which normally fights in the opposition’s corner, by disclosing that only one party – ZANU-PF – was visible on the ground encouraging people to register as voters.

ZANU-PF is always on the ground throughout the five-year term of the Parliament, while the opposition breaks bread with their handlers in global capitals.

Faced with the imminent moment of truth on July 30, they are clutching at anything which they can use to justify their certain defeat.

Biti also demanded access to the BVR provisional voters’ roll and a second inspection of the same ahead of the sitting of the Nomination Court on June 14, lamely claiming that those who sign in support of aspiring candidates needed to be on the voters’ roll.

The voters’ roll was inspected from May 19 to 29 and every serious voter inspected their names on the roll.

The opposition is not sure whether or not its members registered because its leadership was away pleading with America for the extension of sanctions against the same Zimbabweans whom they now wish to be registered and vote for them.

Biti and company are now paying heavily for playing absentee legislators and politicians and are panicking, hence the call for demonstrations in the name of electoral reforms, which they ignored during the Government of National Unity while they enjoyed the trappings of office.

Zimbabweans are not new to the opposition’s antics, especially when it is faced with an election which it is very unlikely to win.

In the past, the opposition’s main campaign message was “Mugabe must go”.

With Mugabe safely sitting at home and President Mnangagwa rolling out a number of changes such as Zimbabwe’s foreign and economic policies, the opposition has suddenly been disarmed.

The rug has been pulled from under its feet and this has been worsened by the West’s evident faith in President Mnangagwa’s policies, which has left the opposition with no backers.

It is evident that the opposition is running out of ideas to re-invent itself and appeal to the electorate ahead of a crucial election.

Unfortunately, Zimbabwe and the world have moved on and have no time for puny politicians’ cheap antics.

Despite the alliance’s profane mantra that “God is in it,” it is on its own on the calls for a demonstration.

Zimbabweans and the world want economic progress and not selfish demonstrations.

The world knows that any demonstration involving the MDC-T is sure to be violent and no one wants to be associated with wanton destruction of property at a time that Zimbabwe and the world have joined hands to revive our economy and improve livelihoods.

Zimbabwe and the world know that the planned protest has nothing to do with the election, which the opposition knows it has already lost owing to its lack of serious preparation and sound policies.

They are aware that electoral reform demands are a mere euphemism for a grand plan to spoil President Mnangagwa’s calls for a credible, free and fair election.

This has worked in the previous era, but it will not work this time around as global geopolitical dynamics have changed against the opposition.

In view of the foregoing, progressive Zimbabweans should ignore calls for the selfish and attention-seeking demonstration.

They should refuse to be used by a bunch of selfish and spent politicians, who are bent on destroying the progress made so far under the new dispensation.

Zimbabweans should go about their daily business for the sake of their country, their families and their businesses.