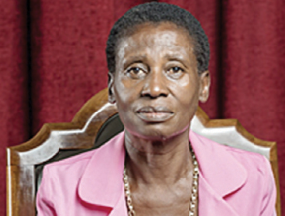 THE MDC Alliance has been plunged into mourning following the death of one of its long-serving members and Bulawayo ward 8 councillor Ronnia Mudhara.

Mudhara succumbed to kidney failure on Monday at a hospital in the city.

MDC Alliance Bulawayo spokesperson Swithern Chirowodza told Southern Eye yesterday that Mudhara had been with the party for nearly two decades, having joined the MDC in its formative years.

“She was a brave, disciplined, vigilant, loyal and trusted member. She was humurous, she was a hero for her family. She will be sadly missed,” Chirowodza said.

“She joined the party around 2002, and held a portfolio position in the province after the April 2011 Barbourfields congress, but later on went to work in the ward to complement her work as the people’s councillor,” Chirowodza added.

Mudhara leaves behind three children and mourners are gathered in Mzilikazi, with burial arrangements to be announced in due course.