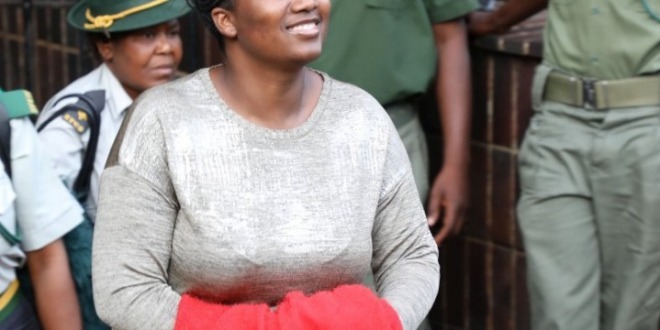 HARARE West MP Joanah Mamombe (MDC Alliance), and party activist, Cecilia Chimbiri, who are being charged with undermining the authority of the police, were yesterday remanded in custody to today for bail application.

The pair, who appeared before Harare magistrate, Stanford Mambanje, and denied the charge, filed complaints against the arresting officers alleging the police were victimising them for being members of the opposition.

State prosecutor, Netsai Mushayabasa told the court that the allegations against the duo were that they shouted obscenities to police officers on Monday at the New Government Complex building in Harare.

“This is clear victimisation by the police, but no matter how many times they arrest me, I will not be broken or shaken,” Mamombe told journalists when she arrived at the court.

Kwaramba told magistrate Mambanje that his clients were handled like thugs and arrested movie style.

“Charges were prepared before any interview was done, and before their version of the encounter was sought from them,” Kwaramba said.

He said they were arrested and detained overnight at a time they were coming from their doctor for certain medical processes.

“All the rights contained in section 50 of the Constitution were violated,” Kwaramba said.

He said he would challenge their placement on remand on their next appearance.

The State represented by prosecutor Audrey Chogumaira promised to investigate their complaints and bring a report before the court.

Mike Ncube, the investigating officer in the case is expected to give evidence against the pair today.