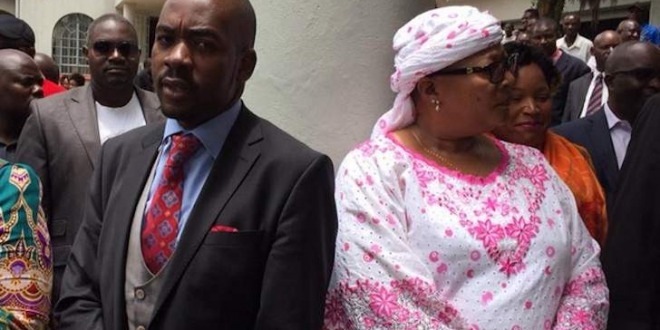 Former Chiredzi West MP Moses Mare and several other members of the opposition MDC Alliance have crossed the floor to join the MDC-T led by Thokozani Khupe.
Mare said he had no choice after he was elbowed out by Nelson Chamisa’s allies.

Mare has not been active in party politics after he lost the bid to defend his parliamentary seat in the 2013 harmonised elections. He lost to the late former ward 5 councillor Dusty Zivhave in party primaries.

“A lot of members are disgruntled by the way the party is being run since Chamisa took over the reins. It now lacks consistency. Take for example, how Tongai Matutu’s case was treated separately from that of Paul Madzore. They both at one time deserted the party and later rejoined it at the same time, when Morgan Tsvangirai was still alive.

“But look at how Matutu was disqualified. Chamisa does not have the party at heart. He is in this for personal aggrandisement and self gain. He wants to build his own fiefdom at the expense of party principles,” Mare said.

Another top MDC Alliance executive Stanley Temba, is alleged to have joined the Economic Freedom Fighters (EFF) Zimbabwe, although he insisted that he was still an MDC Alliance member.
MDC Alliance Masvingo provincial spokesperson Derek Charamba admitted that the party was facing challenges, but declined to elaborate.

However, MDC Alliance deputy national party spokesperson, Clifford Hlatywayo, denied that party structures in Chiredzi were on the brink of collapse.

“The party at every constituency level is led by a constituency coordinating committee and branch structures. Our team there is intact and working together,” he said.