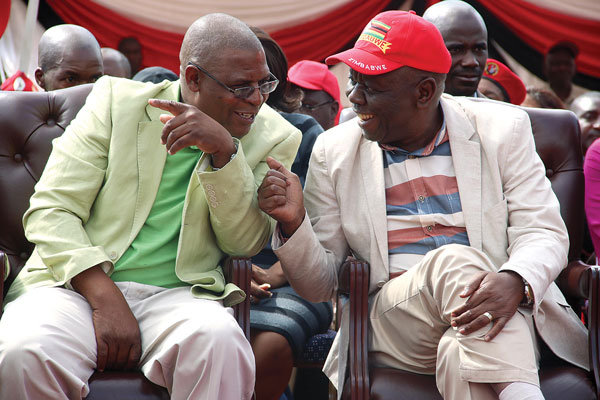 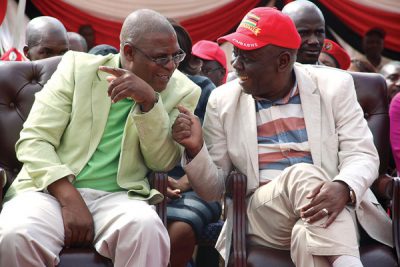 This comes after Tsvangirai met his vice president Thokozani Khupe and
lifted suspensions of treasurer Chalton Hwende and Bhebhe – who had been
put on gardening leave over the violence which erupted at the party’s
provincial offices in Bulawayo on August 6.

The violence had threatened to irreparably damage relations within the
party, after Khupe and others disagreed with Tsvangirai over the formation
of the MDC Alliance ahead of next year’s make-or-break elections – a
grouping of all, and other forces, who were part of the original
labour-backed MDC.

During the MDC Bulawayo provincial meeting over the weekend, Bhebhe
twisted the knife into the MDC partners.

“We need to unite if we want to remove Mugabe but what is disturbing me
is that if you have your home and a new daughter in-law comes at your
home, then kids start dying, vomiting and getting sick, is that daughter
in-law okay?

“If you see some saying that the daughter in-law is okay when they know
that she is not okay it means they wake up at night together with the
daughter in-law who has come to cause chaos. What I saw is that when we
started voter registration, I saw MDC members in red T-shirts running
around but I have never seen the daughter in-law in yellow T-shirts.

“What type of a daughter in-law is that? Daughter in-laws are supposed to
wake up early in the morning, sweeping the yard before anyone else; she
must also be the first to arrive in the fields.

“Here I am talking about unity and the coming of this daughter in-law is
causing a lot of discord amongst us and if we don’t talk about this bad
daughter in-law, we will all die.”

Bhebhe said they have not yet failed to remove Mugabe as MDC.

“When we leave here today, let’s all know that we have not yet failed to
do our work. If it took Zanu PF and Zapu more than 20 years to remove
(Rhodesian supremacist leader Ian) Smith, we have not failed yet because
we are only 17 years old.

Bhebhe further said: “You found us united, daughter in-law leave us
united. Do not mislead my children, my father and brothers. Also my father
and brothers, stop listening to misleading things. At the end of the day
we will work and never reach our destination.