MDC-T must bite the bullet on violence 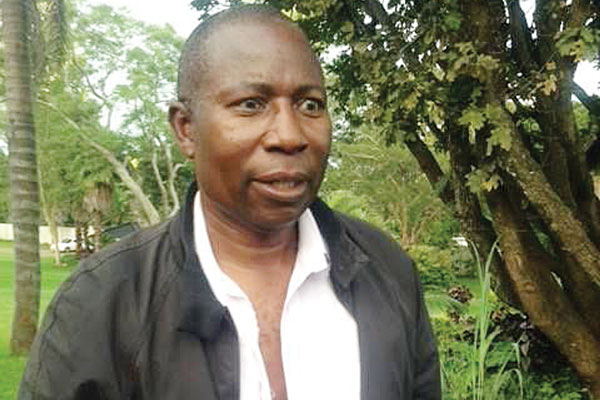 The signing of a pact by opposition players got off to a false start with the barbaric assault on MDC-T vice-president Thokozani Khupe after reports of a fallout over the coalition.

Depending on who you believe, some claim the assailants were MDC-T youth, while others claim they were Central Intelligence Organisation (CIO) operatives.

One reason why there is an appetite for change is that Zimbabweans are tired of Zanu PF, which does not take responsibility for its actions.

Zanu PF blames the West and sanctions for its failure and the MDC-T is falling into this trap by blaming the CIO for the violence that rocked Bulawayo on Sunday.

MDC-T should accept that it was at fault, as this is the only way it can correct its mistakes and take Zimbabwe forward, if ever it is to lead.

More importantly, Zimbabweans are looking for a clean break from Zanu PF’s ways of doing things; that is the use of violence on people that do not agree with its principles.

Zimbabwe has experienced violence to last a lifetime and the country is desperate for a new way of doing politics, where people can disagree respectfully and there is no need to resort to violence.

MDC-T should show that they are different from Zanu PF and offer a changed way of doing things, because if they are no different from the ruling party, then there is no need to vote for them.

Going forward, the party has to charge all the youth who are implicated in the violence and ensure they punish them severely.

This will go a long way in saving the party’s image and showing that violence will not be tolerated.

There is no room for populism and the powers-that-be should make sure that every rotten apple is thrown out of the cart.

Anything less than that will be catastrophic for MDC-T, which has in the past not been too decisive in dealing with violence and this could push some would-be voters to other parties.

As has been highlighted across many platforms, the party watched when Gertrude Stevenson, now Zimbabwe’s ambassador to Senegal, was bludgeoned and did nothing when its former senior member, Elton Mangoma, was violated.

Now it is Khupe and other senior members that have been attacked and the party ought to do something or lose credibility with elections coming next year.

MDC-T might feel they can ride this storm, but if they do not deal with violence, they risk alienating thousands of voters who abhor violence.

The opposition party must show that it and Zanu PF are not different sides of the same coin.