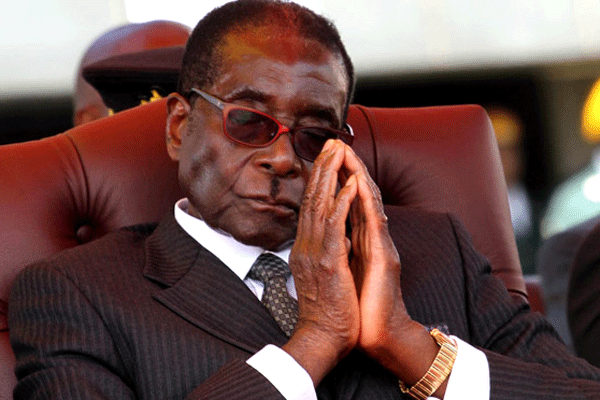 ZIMBABWE remains stuck in a wave of violence and human rights abuses, with prospects of anarchy ahead of the much-anticipated general elections next year, Human Rights Watch (HRW) said in a statement yesterday.

HRW regional director, Dehwa Mavhinga in the statement, raised questions on the commitment of Southern African countries to the protection of human rights, accusing President Robert Mugabe of paying lip service to the issue of people’s rights.

“In Zimbabwe, the government of President Robert Mugabe has ignored the rights provisions in the country’s new Constitution, neither enacting laws to put the new Constitution into effect nor amending existing laws to bring them in line with the Constitution and Zimbabwe’s obligations under regional and international human rights conventions,” he said.

Mavhinga said despite human rights activists and organisations raising concerns around archaic laws, Mugabe had continued with business as usual.

“In addition, non-governmental organisations have reported that the police use outdated and abusive laws to violate basic rights such as freedom of expression and assembly, and harass activists, human rights defenders, and LGBT [lesbian, gay, bisexual, and transgender] people. There has been no progress toward justice for victims of human rights violations and past political violence,” HRW said.

Mugabe has described gays and lesbians as worse than pigs and dogs.

Concern was raised regarding the role of Zimbabwe’s military in the political process in the wake of Mugabe’s claims that securocrats have been plotting his succession behind his back.

“Zimbabwe also faces serious threats to its ability to hold credible elections, including the involvement of security forces in political affairs and the ruling Zanu PF party’s endorsement of 93-year-old President Robert Mugabe as its presidential candidate amid rumors about his health,” the statement further said.

“The involvement of security forces in Zimbabwe’s political and electoral affairs could, as in the past, severely undermine the credibility of the elections and raises the risk of political violence within political parties and across the country.”

The ruling party leader, a week earlier, had also demanded that the military must stay off politics in an uncharacteristic admission that his relationship with the army could be on the rocks.

Mavhinga called on Sadc leaders to “use the opportunity of its 25th anniversary to reaffirm its commitment to improve respect for human rights among its member States”.

Heads of State of the Sadc’s 15 members will meet on August 19 and 20 in Pretoria, South Africa, for their 37th summit.

According to HRW, regional political leaders had, in recent years, taken “regressive steps” to weaken and undermine key rights protection mechanisms such as the Sadc Tribunal before it was stripped of its mandate to receive complaints from individuals and institutions in 2014.

The tribunal now adjudicates disputes between member countries only.