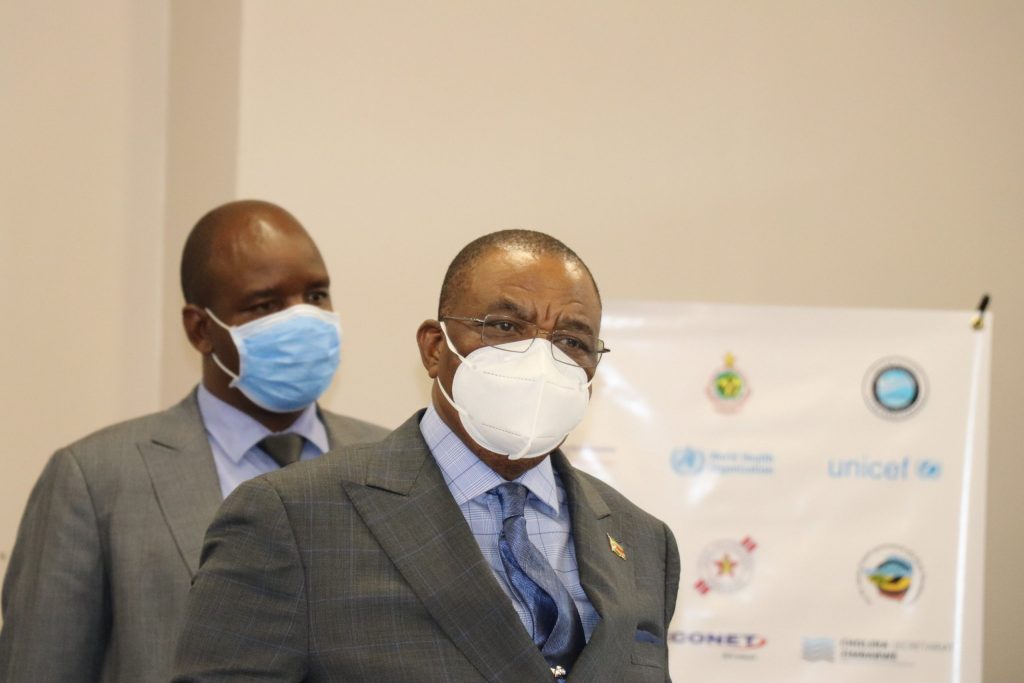 WITH Zimbabwe now reeling from the second wave of the lethal coronavirus — putting serious pressure on medical oxygen stocks in the country — authorities have moved to make it easier for suppliers to procure and avail the critical commodity.

This comes as both the government and medical experts say they are bracing for more coronavirus infections in the country, before authorities can flatten the seemingly deadlier second wave curve.

On Wednesday, the country recorded a further 38 fatalities, the highest national daily tally since the virulent disease was first reported in Zimbabwe in March last year.

Amid the spiralling deaths and infections in the country, the Procurement Regulatory Authority of Zimbabwe (Praz) has now moved to reduce the time it takes suppliers of medical oxygen to be considered for contracts — from 20 to two days, in a bid to reduce the growing local coronavirus fatalities.

The national chief Covid-19 co-ordinator in President Emmerson Mnangagwa’s office, Agnes Mahomva, confirmed the development to the Daily News yesterday — saying the government had also done this in anticipation of even higher demand for medical oxygen in the country.

“In view of the continued increase in the number of confirmed cases, we are saying that if we are going to have a huge number of patients requiring oxygen, we do not want to be saying sorry we are waiting for the tanks to arrive. The oxygen must simply be there.

“We are, therefore, responding to what is happening on the ground, in line with the government’s surge-specific response plan that has been devised,” she said.

In addition to being needed to aid seriously ill Covid-19 patients, medical oxygen also provides a basis for virtually all modern anaesthetic techniques, and to aid resuscitation, provide life support for artificially-ventilated patients and to promote cardio-vascular stability.

It is also used to restore tissue oxygen tension by improving oxygen availability in a wide range of conditions that include shock, severe haemorrhage, carbon monoxide poisoning, major trauma, cardiac and respiratory arrest, as well as chronic obstructive pulmonary disease (COPD) — a group of lung conditions that cause breathing difficulties.

“Oxygen is vital in the treatment of Covid-19 patients. During a Covid-19 storm, a lot of people typically come to hospital saying they cannot breathe.

“There is a need, therefore, to supplement them with oxygen, with some of them recovering after the treatment.

“If we were to run out of oxygen, it would cause huge problems in terms of deaths,” Ngwenya told the Daily News.

“It (oxygen) is critical in that the virus attacks the lungs and causes a lot of fluid accumulation there … So, the patient cannot breathe because oxygen cannot get through to the body, and that is what kills most Covid-19 patients.

“So, as the cases escalate and more and more people get admitted in hospitals now, unlike during the first wave where we did not have many admissions, many people will need oxygen.

“That is why it is extremely important that we have enough supplies,” Ngwenya added.

The World Health Organisation (WHO) recommends the immediate supply of oxygen therapy as part of clinically managing all patients with acute respiratory infections and respiratory distress, hypoxaemia or shock.

It has been observed in the United Kingdom (UK), for example, that for hospitalised patients with Covid-19 who require high levels of supplemental oxygen, it is life-saving in about 80 percent of the cases.

This comes as Zimbabwe is battling to contain the second wave of Covid-19, with the disease now having killed a total of 589 people since its first outbreak in the country in March last year.

On Wednesday, the country recorded 38 deaths — a figure which surpassed the then record 34 fatalities which had been previously recorded in a single day, further highlighting the humongous challenge facing the nation in curbing the spread of the lethal virus.

Most of the deaths occurred in Harare, which has become the epicentre of the disease. The capital city accounted for 20 of Wednesday’s deaths.

Manicaland saw eight people dying, with Bulawayo registering five deaths and Masvingo three — while Mashonaland Central and Midlands provinces had one death each.

As more and more people succumb to Covid-19, doctors have also implored authorities to prioritise acquiring Covid-19 vaccines to mitigate the rapid increase in infections.

The secretary-general of the Senior Hospital Doctors Association (SHDA), Aaron Musara, was among those who said that the soaring deaths and infections in the country now needed authorities to “think outside the box”.

“The vaccine is now needed more than at any other time in our country, just like everywhere else, as we look for means to contain this pandemic.

“This is not to say the vaccine will be the alpha and omega. As to what extent the vaccine will be able to contain the virus, it still remains to be seen since the wider impact hasn’t been seen yet throughout the world — although there is promise from the research done so far.

“The changing nature of the bug hasn’t been fully evaluated as yet … as to its impact on the vaccine. So, the current measures must still be observed.

“We encourage the public to be vigilant,” Musara told  the Daily News’ sister  publication, the Daily News On Sunday at the weekend.

Yesterday, Mahomva also told the Daily News that while the government would ideally want all citizens to be vaccinated — in line with global and regional trends — resource constrains would force authorities to prioritise certain sections of the community.

“Globally and regionally, the trend is we must vaccinate everyone, and at the moment we are preparing for the vaccine following the WHO guidelines.

“Depending on resources available after discussing with our partners, we are going to prioritise the vaccination.

“Vaccinating against Covid-19 is different from measles, for example, where you already have the vaccine. Given the unavailability of the vaccine, we have to plan accordingly,” Mahomva told the Daily News.

This comes as the country is now in the second week of a 30-day toughened coronavirus lockdown, which authorities imposed to curb the rapid spread of the deadly respiratory disease in the country.