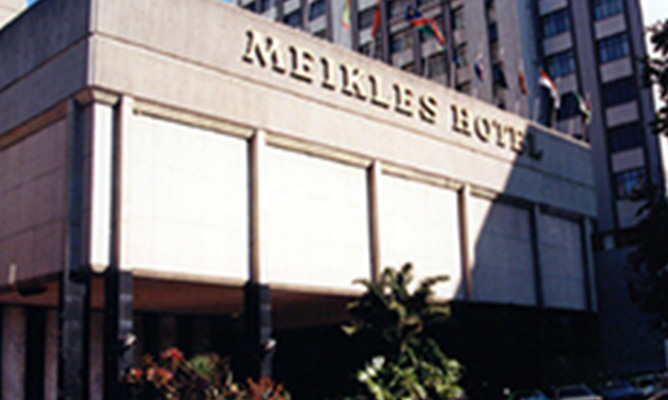 BY TANYARADZWA NHARI
HARARE-BASED Meikles Hotel is set to undergo its major facelift since its takeover by Dubai investors two years ago, the firm said yesterday.

The hotel’s general manager Tinashe Munjoma said the renovations could begin next month if the Harare City Council approves the multi-million-dollar facelift.

Munjoma said the phased programme would involve the redevelopment of selected key areas.

It has been on the cards since acquisition of the hotel two years ago by ASB Hospitality, which is headquartered in Dubai.

The hotel was previously part of the hospitality operation of Meikles Limited, but its sale to the new Dubai-based owners in 2020 heralded a major improvement programme that would enhance existing food and beverage offerings, as well as the ageing physical and service operations of the hotel.

“The refurbishment will be one of the boldest exercises undertaken in Zimbabwean travel and tourism in the past 25 years and will transform Meikles into one of the most modern and appealing hospitality venues in Africa,” he said.

The first phase of the programme will focus on public areas, infrastructure services and food and beverage areas, including expansion of existing amenities and facilities.

“We are working with the City of Harare to expedite approvals as soon as possible so that the project can go ahead, preparing the way for a Meikles Hotel that will be among the continent’s finest hospitality establishments,” Munjoma said.

Meikles Hotel was first opened in 1915 as a double-storey complex at the corner of Sam Nujoma Street and Jason Moyo Avenue, with the creation of a tower block in 1958 which was followed by a second tower block in 1976.

Major programmes of modernisation, expansion and refurbishment took place in 1993 and 2013, helping the hotel keep abreast with international travelling standards and styles.

“As Zimbabwe’s premier hotel, it is important to ensure the highest possible standards of physical infrastructure and services. The planned project will facilitate this and will make the hotel ready for what is hoped will be a renewed period of travel and tourism growth in the post-COVID-19 era,” Munjoma said.