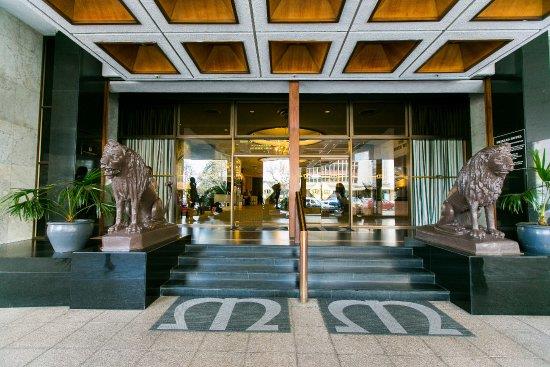 HARARE – Meikles Limited (Meikles) has taken legal overtures in relation
to a recent auction of its assets valued at about $1,5 million by a
creditor.

“Core Solutions proceeded to auction certain assets of the group on
December 24, 2018… This auction is being contested in the Supreme Court,
the outcome of which is pending.

“The attachment and subsequent auctioning of the assets was as a result of
a heavily contested arbitral award of $1,5 million to Core Solutions,” he
said.

In addition, Meikles is also contesting the arbitral award in the High
Court, with the appeal’s ruling also pending.

“The Meikles Board has put other measures in place to ensure company
assets are safe and shareholder value is protected,” the Meikles company
secretary said.

The auction – conducted by LM Auctioneers – saw Murray Lynton-Edwards
being declared the highest bidder, purchasing both assets for
approximately $2,7 million.

This comes as the listed conglomerate contracted Core Solutions to help
recover the money raided by the Reserve Bank of Zimbabwe (RBZ) from its
accounts.

According to court papers, Mpofu, on behalf of Meikles, argues that the
sale price of the assets was more than the amount required to satisfy the
debt, and that the auctioned assets were not valuated prior to the sale.

“It is interesting to point out at this stage that if one is to read
between the lines, the intention of the auctioneers and the first
respondent was to conduct a public auction as if it was a private treaty,
as the creditors’ own people were to bid for the shares had it not been
for the presence of the second respondent.

“This was clearly an attempt at fraudulently disposing the shares and
changing the shareholding as aforementioned. This was clearly an attempt
at committing a criminal offence, something which the applicant shall
follow up with the Zimbabwe Republic Police Fraud Squad for the charge of
attempted fraud in terms of the Criminal Law (Codification and Reform)
Act,” the court papers said.

However, John Moxon, Meikles’ chairperson is on record saying the
preliminary set of unaudited results did not include the funds government
owes the group, but another set of the financials were to be released.

Trading in 55 stores, the segment will see the opening of other stores in
the 2019 financial year along with upgrades to existing stores.

With EBITDA rising to $10,3 million from $6,1 million, Meikles’
agriculture unit anticipates a better yield once avocado and macadamia
plantations reach maturity in the future.