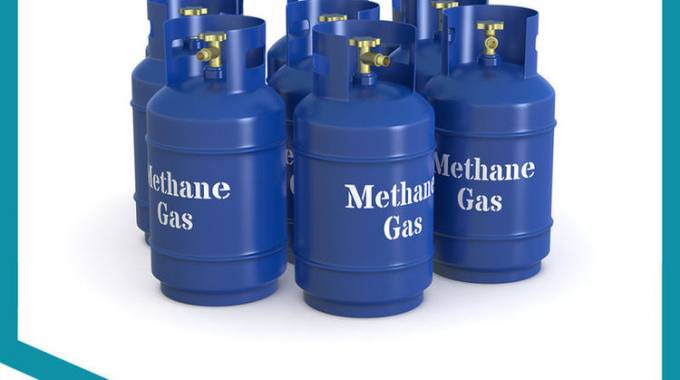 Critics accuse Government of ignoring the potential hazards of methane, a potent greenhouse gas, on the environment and on the country’s commitments under the Paris Agreement on climate change.

“The use of coalbed methane for power and other related products and by-products has not been associated with increased emissions but may be included in abatement of greenhouse gas emissions from thermal power generation. Once burnt, methane is disintegrated to form non-global warming gas products.

“It is in this regard that from a climate change perspective, most importantly, methane is a relatively clean-burning source of energy, much cleaner than coal.”

Zimbabwe, which accounts for just 0,05 percent of the global emissions total, has said it needs about $90 billion in aid to meet its climate goals, laid out in a Government plan drawn up as part of the Paris accord of 2015.

The plan — known as Nationally Determined Contributions (NDCs) — aims to cut national total emissions by over a third by 2030, mostly by increasing investment in hydro-power, solar power, and improving energy and transport efficiency.

But there is 220 times as much carbon dioxide in the atmosphere than methane gas.
There is no scientific consensus on these findings.

In Zimbabwe, much of the methane-related emissions may be found in agriculture, “as a by-product in industrial processes”, especially at those farms keeping cattle, goats or sheep.

Methane is also produced naturally, when organic matter such as trees or vegetation is quickly buried and then heated.
Coalbed methane is found trapped in coal deposits.

Unlike other gases, coalbed methane does not have the pressure to drive it out of the ground once a well is drilled.
Special extraction technologies have to be used to draw it out of the ground.
Miners have blamed it for a litany of explosions underground.

But because, at 95 percent, it is the major component of natural gas, a clean burning fuel, Mr Zhakata is optimistic that the gas will be key to diluting emissions from coal-fired power stations, which account for about a third of Zimbabwe’s total internal electricity generation.

He acknowledges the gas’ “high global warming potential” and how it can linger on in the atmosphere for up to 15 years, though it also remains “a relatively inexpensive, clean burning fuel.”

“It is only during the last twenty-five years that it was realised that coalbed methane could be used as a resource,” Mr Zhakata told The Herald Business, via email.

On concerns about undermining Zimbabwe’s climate goals under the Paris treaty, he said: “The Paris Agreement provides a window for countries to develop without restrictions on expansion of emissions base up to 2025 after which development thereafter should be clean, sustainable and green.”

Great dilemma
It is clear Zimbabwe has obviously been attracted to coalbed methane gas not only because of its power-generation potential, but also its other downstream industrial and domestic benefits.

Coalbed methane gas is useful as an industrial raw material for the production of fertiliser, steel and industrial heat as well as “a fuel for rotating machines without having to use coal.”

President Mnangagwa spoke about this when he addressed a youth rally in Gweru on May 31, 2018.
This is, perhaps, one of the biggest dilemmas faced by developing countries like Zimbabwe at a time of climate change: the need to balance risk and responsibility, and to grow economic output in a way that limits environmental damage.

What then, should Zimbabwe abandon its gas project and other power projects for environmental considerations?
Norbert Nzimarasanga, an engineer and energy expert, said in a past interview: “It is important to note that there is no single most appropriate source of energy, all options have to be considered as they have their own advantages.
“A mixture of the various energy sources is always preferred.”