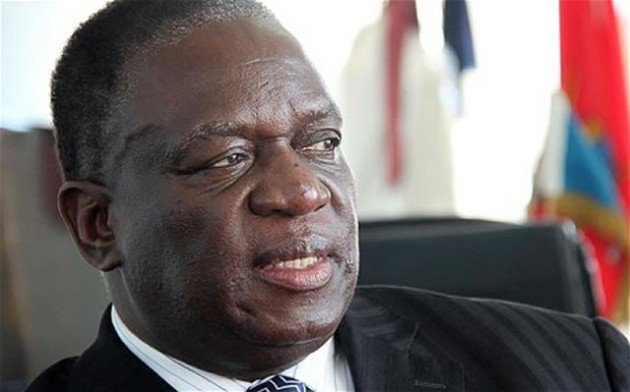 Midlands, the province where Cde Mnangagwa hails from, was still to endorse President Mugabe’s decision to relieve his former deputy for being disloyal. The province – which also supports the amendment of the party’s constitution to accommodate a woman within the Presidium – endorsed First Lady Dr Grace Mugabe for the post. Two youths from Kwekwe were arrested for trying to disrupt the PCC meeting.

Members recommended for suspension were Professor Paul Mavima (Gokwe), Cde Elina Shirichena (Provincial Women’s League), Cde Melania Mahiya (Gokwe North), Cde Tinashe Shumba (Mberengwa) and Cde Larry Mavima (Zvishavane), among others. Hordes of party supporters waving placards carrying solidarity messages with President Mugabe and the First Lady congregated outside the conference venue at the state-of-the-art conference centre along the Gweru-Mvuma highway. Riot police had to be called to rein in some supporters who threatened to beat up perceived allies of the former VP.

“The Midlands has been liberated! We want to deal with Garwe and its followers. Thank you President (Mugabe) for liberating Midlands,” some were heard chanting from the crowd.

However, the unrelenting crowd managed to push their way into the venue, where they were eventually addressed by Minister of Sport, Recreation, Arts and Culture, Cde Makhosini Hlongwane. Cde Hlongwane, who is the provincial commissar, said the party needed to be united ahead of the Extraordinary Congress and elections. He said those who were lost should toe the party line and support President Mugabe and the party.

“We need to calm down, we know there have been tensions but we thank President Mugabe for bringing back unity. We should support President Mugabe, the First Lady, Dr Grace Mugabe, and the party, nothing else. Those who were lost should know this. We thank the President for liberating the province, especially Kwekwe,” he said amid ap- plause.