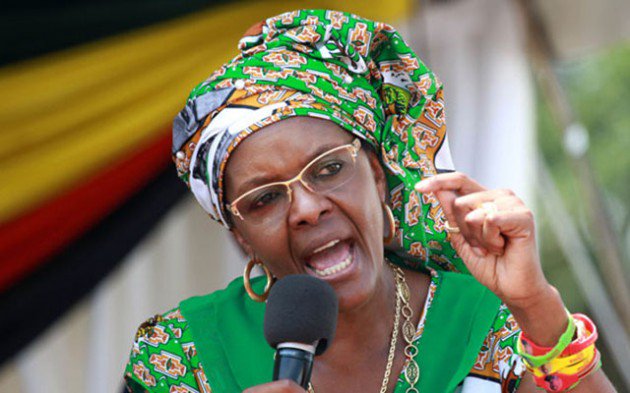 The women are also calling for the reinstatement of the clause providing for one of the two Vice Presidents to be a woman. President Mugabe sacked VP Mnangagwa for disloyalty, among other indiscretions. Speaking at a Women’s League meeting in Chinhoyi yesterday, national Women’s League secretary for finance Cde Caroline Mugabe said:

“As Mashonaland West Province Women’s League, we are saying we want First Lady Dr Grace Mugabe to be our Vice President. We want the resolution we made in 2015 to be implemented as soon as today. We see Dr Mugabe as a mother who cares for the orphans, who works hard, who loves God and always asks for wisdom,” said Cde Mugabe.

“As women, we want to be represented at the highest decision-making table. We have seen her capabilities and we want her to be our Vice President,” she said.

National executive member Cde Hilda Bhobho said Dr Mugabe had the qualities to lead since she was God-fearing. Acting chairperson Cde Mary Phiri said women are unwavering in their call for the First Lady to ascend to the position of Vice President. The meeting was also attended by provincial chairperson Cde Ephraim Chengeta, Minister of State Cde Webster Shamu and youth chairperson Cde Tawanda Rupiya and provincial Women’s League members, among others.