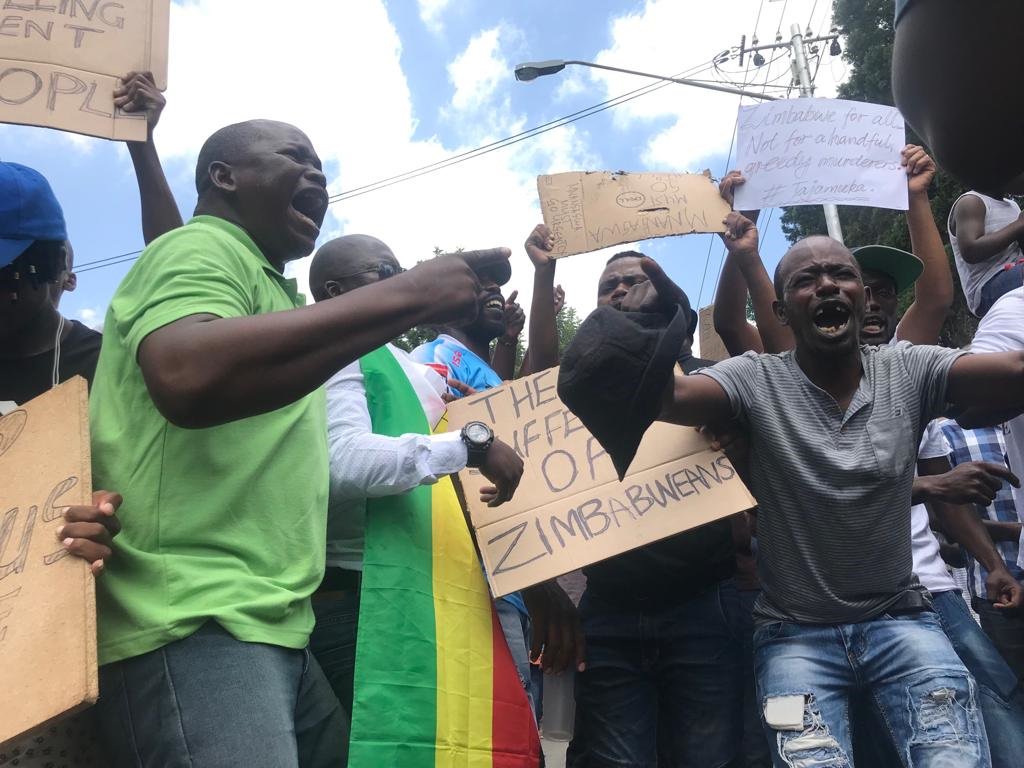 The ANC has called upon the millions of Zimbabweans who had made South Africa their home to get involved in turning around their country.

During a media briefing at the party’s headquarters in Johannesburg, on Tuesday, the ANC said it had hoped sanctions against Zimbabwe by the United States and the United Kingdom would have been lifted following that country’s elections in 2018, however that did not happen.

“Despite the challenges that came immediately after (the elections) with the deaths of some people we thought that those who had placed sanctions would look at Zimbabwe differently, especially after the SADC and the AU had sent people there to monitor,” said Lindiwe Zulu, who is the party’s chair of the subcommittee on international relations.

A number of protesters marched to the Zimbabwean embassy in Pretoria on Wednesday in solidarity with their families who’ve been affected by the total shutdown in Zimbabwe.

She said South Africa had approached those who had sanctions against the country, but this had not yielded anything.

Zulu asked Zimbabweans living in South Africa to get involved in turning around their country.

“We have got millions of Zimbabweans living in South Africa. We would like to see them being involved in the resolution of the conflict in Zimbabwe,” said Zulu.

Violent demonstrations broke out last week in which at least 12 people were killed. Hundreds were also taken into police custody in what has been seen as an attempt by authorities to clamp down on the protests.

Zimbabweans took to the streets, to shut down their country after its government announced a steep increase in the price of fuel.

Zimbabwean President Emmerson Mnangagwa, who was mostly abroad throughout the turmoil, cut his trip short this week, opting to return home, rather than to meet with other world leaders in Davos at the World Economic Forum.

Zulu said the South African government had been engaging with Zimbabwe and would continue working with its neighbour to seek answers, while the ANC would also continue engagements with Zanu-PF and other liberation movements on the continent on ways to address Zimbabwe’s growing challenges.

“When a house is burning next door, you don’t fold your arms and say its got nothing to do with me. When the economy of Zimbabwe is not operating well, it has an impact on South Africa’s economy, on businesses not run by government and those South Africans operating in Zimbabwe,” said Zulu.

She called for an inclusive approach led by Zimbabwe.