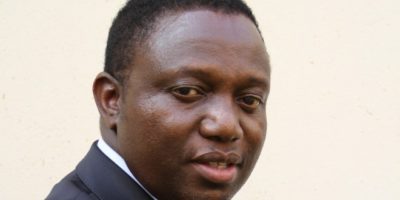 A HARARE woman is claiming $500 000 damages from Home Affairs minister Kazembe Kazembe in respect of non-patrimonial loss suffered as a result of failure by the police to carry out their constitutional duty over a case of forced abortion.

Kazembe is cited as the first respondent while police Commissioner General Godwin Matanga is the second respondent and officer-in-charge (OIC) Machipisa CID (third) and one Constable Dzingarwi (fourth).

In summons filed at the High Court through her lawyers, Tendai Biti Law, Beauty Chiroodza of Hatcliffe Extension said sometime in November 2019, she went to Machipisa Police Station to register a complainant concerning medical practitioner Tawanda Zinyowera, who had performed an abortion on her without her consent.

“Sometime in November 2019, plaintiff approached Machipisa Police Station in the presence of her legal practitioners, laying a complaint concerning Dr Tawanda Zinyowera, who was practicing, without a valid medical certificate issued by the Medical and Dental Practitioners Council of Zimbabwe (MDPCZ), within the third defendant (OIC)’s jurisdiction,” the summons read.

“Plaintiff became aware of this fact through its legal practitioners, who wrote a letter to the MDPCZ on the plaintiff’s behalf enquiring whether Zinyowera was a duly registered medical doctor in terms of the Health Service Act.

“In its response, the MDPCZ informed the plaintiff that Zinyowera was last registered with the authority in 2007 and was deregistered over non-payment of fees.”

Chiroodza added: “Plaintiff, in the company of her lawyers, approached the third defendant’s office and left a copy of such a letter in the care of the third defendant, and caused to have this issue investigated as part of a complaint she had lodged under CR150/7/17.”

It is also alleged that the OIC sent investigators, who included fourth respondent (Dzingarwi), to look into the matter. She said the defendants had not arrested Zinyowera despite evidence that he had been practicing illegally.

“Despite this information, the third defendant chose not to or neglected to effectively investigate this matter in terms of section 2I9 of the Constitution of Zimbabwe.

“The failures that can be attributed to the defendants in this regard, include but are not limited to the following: (a) failure to apprehend the accused or question the accused person; (b) failure to attend to the crime scene/or place of operation expeditiously and attend to the scene for the purposes of gathering evidence to establish whether or not illegal medical practice was taking place; as provided for and empowered in terms of section 49 and 51 of the Criminal Procedure and Evidence Act (Chapter 9:04),” she said, adding that she made numerous follow-ups, but got no satisfactory answers.”

Chiroodza says her summons is meant to commence action for constitutional damages against the defendants’ failure to effectively investigate in terms of section 219 of the Constitution of Zimbabwe. She is, therefore, demanding $500 000 in damages.

The defendants have since entered an appearance to defend, but the case has not been set down for hearing.