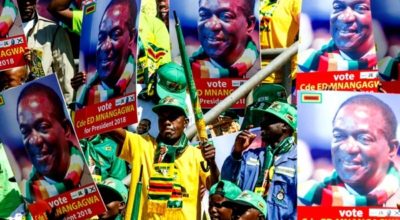 The Zanu PF women’s league in Mashonaland East on Friday held a “secretive” election that saw provincial chairlady Nyarai Tsvuura being replaced by her deputy Lyn Gororo as factional wars in the province intensify.

Both the media and intelligence officers were chucked out of the meeting as the women’s league members said that they were conducting their “private businesses”.

The election of Gororo came after the Zanu PF politburo recently cleared and reinstated Tsvuura as the provincial women’s league boss after she was suspended on trumped-up charges, among them, gossiping.

Tsvuura, also a Mutoko legislator, was officially reinstated at a provincial coordinating committee (PCC) meeting after several weeks of resistance from a section of both the national and provincial women’s league leadership who were also refusing to release a party vehicle meant for her use.

But Tsvuura never used it after reports that some other party members openly told her that “she would not touch” the party vehicle.

Tsvuura attended the election but refused to contest resulting in Gororo taking over.

According to sources who attended the highly-charged meeting, some women’s league members said Tsvuura was co-opted as their boss in the new dispensation.

“They are saying Tsvuura was co-opted, hence the need for elections,” sources said.

“It is confusing as she was reinstated by the politburo a few months ago, but today we are being instructed to conduct elections.

“We are not sure whether it is a politburo directive as well. Tsvuura attended the meeting but she didn’t contest resulting in her deputy Lyn Gororo taking over. We have some members who were co-opted into positions and we do not know when the elections for them will be held.”

The elective meeting was reportedly led by a national women’s league member.

Matiza yesterday said he was aware of the meeting.

“I am aware that they held a meeting in Marondera to discuss issues concerning them. However, I am yet to receive the report on what transpired on the day. The
women’s league has the power to solve burning issues if need arises but like I said, I am ye to be apprised,” he said.