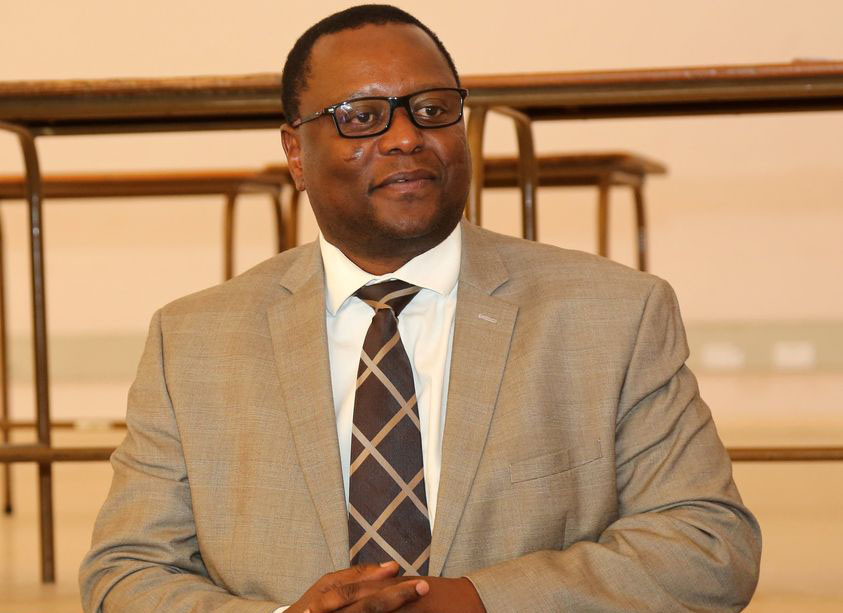 The matter spilled into the Bulawayo High Court this week as owners of Kershelmar Farm in Nyamandlovu — 40 kilometres north of Bulawayo — seek to stop the land grab, which is putting Zimbabwe under spotlight over respect of property rights.

The chaotic land reform of 2000 tarnished Zimbabwe’s image, resulting in isolation of Harare from the international community as Zanu PF used brute force to take over white-owned farms.

Even 20 years after the initial land redistribution exercise, farm invasions are still taking place, including some covered under international bilateral agreements.

In the latest case involving senior officials from the President’s Office, Kershelmar Farm has been partitioned despite belonging to a privately-owned entity run by indigenous Zimbabweans, including Open Society Initiative for Southern Africa (Osisa) director Siphosami Malunga, son to the late outspoken national hero Sydney Malunga.

Malunga and his business partners seek, through the High Court, to protect their property rights against the state power used by Mazithulela and his juniors to parcel out privately-owned land in Matabeleland North province.

A strongly-worded affidavit filed at the High Court by Kershelmar shareholders accused Mazithulela of retributive action and hostility against farm owners who he allegedly labelled as “anti-government” agents.

The affidavit, seen by the Zimbabwe Independent this week, underscores that the fate of former cabinet ministers Jonathan Moyo and Saviour Kasukuwere, whose farms were seized by government in the aftermath of the 2017 coup which toppled former president Robert Mugabe, would also befall Kershelmar shareholders.

Moyo and Kasukuwere — who are living in exile — had their farms downsized by the government, following the political fallout which collapsed the 37-year Mugabe iron-fist rule.

The intelligence chief, Agriculture minister, Matabeleland North minister of State, the Registrar of Deeds and Chief Lands Officer in the Ministry of Agriculture, are being sued by Kershelmar Farms (Private) Limited shareholders who include Malunga, Zephaniah Dhlamini and Charles Moyo for seizing the 196-hectare farm in Nyamandlovu.

The new claimants to the farm, Reason Mpofu, himself a senior intelligence officer and an acquaintance of Zanu PF secretary for administration Obert Mpofu, and Dumisani Madzivanyathi, also claim to hold offer letters for the property. They are cited as respondents.

The applicants are seeking to block the acquisition of the diversified farm which employs 45 workers.

The case, filed on Monday, will be heard at the Bulawayo High Court.

Kershelmar shareholders are represented by Webb, Low and Barry Legal Practitioners. As stated in the affidavit, Kershelmar owners acquired the property from Jeffrey Swindles in 2017 after which Mazithulela, who at the time was National University of Science and Technology (Nust) Pro-Vice Chancellor, started manoeuvring to gain shareholding of the contested property.

His request to acquire a stake in the enterprise, as chronicled in the affidavit, was spurned by Kershelmar owners, triggering overt threats by the intelligence boss to muscle out Malunga for his perceived hostile stance against the Zimbabwe government.

The affidavit reads: “Ever since we took occupation, we have managed to run the farm into the envy of many. It therefore did not surprise me that sometime in December 2019, fourth respondent Gatsha Mazithulela, who was then the Pro-Vice Chancellor at Nust, and a work colleague approached me and asked to be included in the Esikadeni farm project. The untenable request that he made still required that I run it by fellow shareholders and directors. I did and they took the position that there was no room for additional shareholders.

“Immediately thereafter, Gatsha (Mazithulela) joined the CIO as the deputy director-general. In February 2020, I met Gatsha and the discussion came up again. The conversation however, quickly became ominous. He raised the issue of the second applicant (Malunga), himself a son of a decorated national hero. He suggested that he had become a critic of the government and claimed that association with him imperilled our interests. He advised me that when he joined the CIO, he had found the second applicant’s file containing what he termed anti-government activities.”

As narrated in the affidavit, accompanied by detailed annexures, including a trail of WhatsApp exchanges between Dhlamini and Mazithulela, the spy chief is alleged to have intimated that Malunga worked for a “regime change organisation with a budget of over US$1 billion which he was using to destabilise government”.

“He (Mazithulela) said our farm was at risk of acquisition if second applicant did not tone down his anti-government rhetoric. He claimed that he could save the farm if we managed to remove second applicant from being a shareholder and a director. He was to replace him. I flatly told him that this would not happen,” Malunga argued in the application.

“I relayed these disturbing developments to second applicant (Malunga) who confronted Gatsha (Mazithulela). The result of that was the WhatsApp correspondence addressed to me by Gatsha which I attach hereto and mark as G2 in both its original and translated forms.”

Subsequently, the property was frequented by intelligence operatives, climaxing in the telephone call by Mazithulela to Dhlamini advising that the farm had been acquired by the state. The shareholders were accused of having fraudulently acquired the enterprise.

“On December 24, 2020, I received a call from Gatsha (Mazithulela) who advised me that our farm had been acquired by the state. I was obviously concerned by the level of Gatsha’s interest in matters that pertain to the farm. I was particularly perplexed that Gatsha seemed to know more about the farm than us the owners,” the application reads.

“Not only did Gatsha advise on the acquisition of the farm, he further went on to tell me that I and third respondent were in peril of being arrested on that very day because according to him, we had fraudulently acquired the shares in fourth applicant.”

In March 2021, Zanu PF administration secretary, Mpofu, who, as underscored in the affidavit is related to Reason Mpofu, another claimant to the farm in dispute, is said to have visited the property.

“It has now come to our attention that the officers from the CIO have been allocated portions of the farm. We have, despite diligent search, not managed to establish who these officers are. When one considers the centrality of the role of Gatsha, it is clear that he has caused the acquisition of the farm and has effectively parcelled it out to his subordinates. Whether those are genuine allocations or simply window dressing measures as of now is unknown,” part of the affidavit seen by this publication reads.

“On the basis of the evidence before us, we take the respected view that these are simply fronts.”

The aggrieved parties contend that acquisition of the farm must be reversed.

“For all practical purposes, the beneficial ownership of the farm is in our hands as the first, second and third applicants,” the affidavit reads.

Kershelmar shareholders contend that Mazithulela, among other individuals manoeuvring to acquire the farm, were a “greedy lot bent on abusing state power”.

This, as highlighted by the affidavit, was irrational and frustrated gains of the land reform rolled out by the government in 2000.