Ministries under fire over parastatal boards

Source: Ministries under fire over parastatal boards | The Herald

Parliament’s Portfolio committee on Public Accounts committee noted that Auditor-General, Ms Mildred Chiri, had raised the issue in her reports of failure to replace timeously boards for those State entities whose term would have expired.

Government ministries have come under fire from parliamentarians for failing to constitute boards of directors for State entities upon the expiry of an incumbent board.

Parliamentarians last week said this was in violation of the Public Entities Corporate Governance Act.

Parliament’s Portfolio committee on Public Accounts committee noted that Auditor-General, Ms Mildred Chiri, had raised the issue in her reports of failure to replace timeously boards for those State entities whose term would have expired.

Chairperson of a sub-committee of Public Accounts, Mr Edwin Mushoriwa, said failure to reconstitute boards was in violation of the Public Enterprise Corporate Governance Act.

This was after legislators noted that Ms Chiri had in her reports observed that the boards of the Zimbabwe Youth Council and the Nurses Council of Zimbabwe had gone for years without validly constituted boards.

Legislators were told that a high turnover of Ministers where they were constantly changed during the First Republic contributed to the delay in constituting the board of the ZYC while the then Minister of Health and Child Care, Dr Obadiah Moyo appeared to drag his feet in replacing the Nurses Council of Zimbabwe.

It was noted that the new Ministers of the two portfolios had since constituted the boards of the entities.

In his evidence, Dr Chimedza said the labour unrest in the Ministry of Health and Child Care where health workers went on a industrial action also contributed to the delay.

“I was not yet in the Ministry then,” he said. “I believe that there was a lot of instability in terms of industrial action which resulted in constrained relationship between the Ministry and workers.

“There was a proposed board and because of the differences there were delays in its appointment, but that is a thing of the past.”

Dr Chimedza said they had allowed the outgoing chairperson of the board, Dr Lilian Dodzo, to continue serving on the board while the Ministry engaged in the process to constitute it. 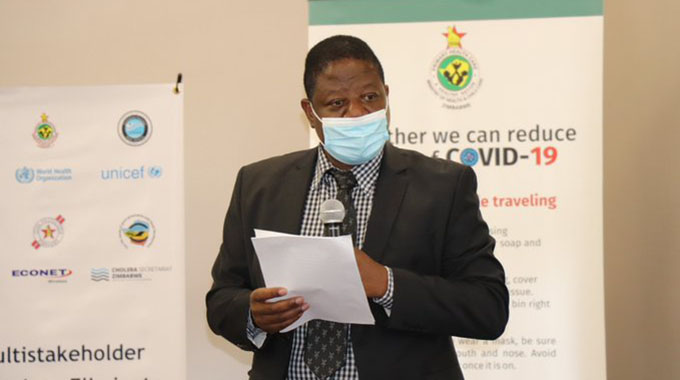 But legislators said allowing an official whose term had expired to continue serving was not consistent with the Public Entities Corporate Governance Act which takes precedence of any other law where there appeared to be conflict.

In her evidence, Dr Dodzo said it was not easy to run the board given that some decision required deliberations of the full board.

The Ministry had since appointed Dr Tendai Gunduza in December to lead the newly constituted board.

In her evidence, Dr Dube admitted that the ZYC did not have a board since 2015.

He said this was partly because of the high turnover of Ministers during the First Republic where each Minister would want to constitute his or her own board.

Dr Dube said another challenge that contributed to the delay was the mandatory bureaucratic process that followed when the candidates would have been identified.

The Public Enterprise and Corporate Governance Act stipulates that it shall prevail over the enabling legal instrument to the extent of any inconsistency.

It also says no person shall be appointed as a member of a board of a public entity for a term longer than four years, and the appointment may be renewed for only one further such term.

It also bars a person from serving on more than two boards.