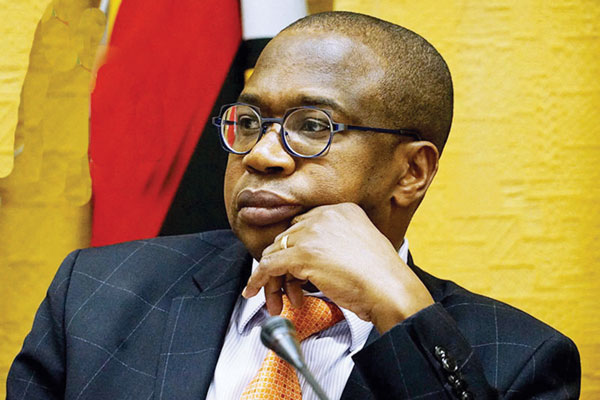 I have come across some articles full of praise heaped on Finance minister Mthuli Ncube for managing to stabilise the exchange rate. They claim that TSPs have finally yieled results.
Kenneth Mareya Economic analyst
The so-called stability has nothing to do with TSPs as government has been moving back and forth insofar as exchange rate determination is concerned.
The Reuters system — which should be more of a free-floating exchange rate system — that was introduced in June, has seen our exchange rate now in the fourth month flactuacting between ZW$80 and ZW$85 to the United States dollar.

Some analysts believe that the minister has finally found the magic behind exchange rate flactuations. But has it really stabilised? Well, I belive that the claims have ignored the fact that our exchange rate determination is not free-floating since the central bank is still playing a vital role in influencing the rate.

Let me hasten to take you back a bit into a brief history on our currency exchange rate dilemma. Since 2009 when we formally dollarised the economy shelved the Zimbabwean dollar and most of our macroeconomic problems including currency depreciatiton were curtailed.

Up until 2016, the then finance minister Patrick Chinamasa introduced bond coins which we thought initially were meant to deal with inconveniences caused by acute shortages of small denominations for the US dollar.

Only to realise later on that it was never meant to be like that, a well calculated strategy to sneak in the Zimdollar as the burden of using the greenback was becoming heavy to Treasury without a properly functional industry. The bond coins were then introduced at par with the US dollar. What then happened to the bond coins? Gresham’s Law of bad money driving out good money took place and the rest is now history.

After having seen that bond coins have worked the minister then introduced a controversal surrogate currency bond notes and maintained the exchange rate at 1:1 this was heavily criticised by most economic analysts especially those who are apolitical.

This was a huge “error” or an economic scandal though authorities knew what they were doing. This is the period in which serious externalisation took place as those with foresight knew where it was going. During this period, exporters were paid part of their export proceeds at that rate and that was tantamount to day light robbery since the parallel market rate was way above the fixed rate.

Fast-forwarding the economy to 2018 with the coming in of Ncube who took over the fiscus portfolio from Chinamasa, Ncube who is well known for his controversial stance on denouncing bond notes before he was handed over the portfolio it did not took him a month in the office to change his stance and the mantra was the bond note was the strongest currency in the region.

The minister decided or was made to maintain the 1:1 stance which was ficticious and it became a public secret that the two were not at par even from the onset. Though the minister knew that the stance was damaging to an economy as currency inflows were dwindling causing serious currency shortages to finance critical imports such as drugs, energy, food and spares amongst others. The energy sector was hit hard and the government had to intervene through subsidising fuel.

When Ncube took over from the economic turbulence where Chinamasa left we thought the incoming minister as a technochract would quickly act in good conscience and shelving the bond notes which we knew were prematurely introduced without proper fundermentals being met.

However, the sound of the drums beating never changed as anticipated as the minister maintained same rhythm and the sound even became louder. All this was a pain point for retailers who were forced to sell their products at that unrealistic exchange rate.

With the black market rate operating at about double the rate. As usual this was a sign that the officials were out of touch with reality and normaly when authorities consciously decide to bury their heads in sand like an ostrich the black market will thrive.

It is the mandate of the central bank to monitor and control its exchange rate but one needs to understand this: when tobacco famers were selling their produce at 50/50 trading framework it means the Reserve Bank of Zimbabwe (RBZ) would pay the other 50% in RTGS and they will use a rate which was unrealistic and again this was tantamount to day light robbery.

For mining the forex retention threshold was reviewed in May to 70/30 after gold production was now showing signs of declining.

In June this year, the RBZ introduced a foreign exchange auction trading system after bowing to pressure from indusrty and commerce. Inconsistency in our exchange rate determination is a sign that the central bank was out of touch with reality. Now that they have decided to be more realistic should we praise them for that?

One can argue that the current exchange rate system is not a floating system as the central bank controls the supply of the forex and also some players are left out of the system due to its rules.

If that’s the case why then does the government insist that traders should use the prevailing rate in trading and enforce traders to display their prices in both the US dollar and in local currency when in essence these traders are going out of their way to source foreign currency which they get at parallel rate of about US1:$125.

However, the central bank will always try to manage the exchange rate in order to suppress cost push inflation. With inflation currently standing at 651% we anticipate a rise in money supply as government is going to raise civil servants salaries with striking teachers earning close to US$30 and also payment of their 13th cheques in November as they promised.

Though ecocash did to a certain extant contribute to spiking of the rate, it was the responsibility of the central bank to monitor their activity and ensure everything is done above board. In a functional economy systems should be water tight.

What then does one expect when the economy’s largest denomination cannot buy a loaf bread and people always queue to withdraw money which cannot sustain them for a week on transport only? Obviously they will find some loopholes and some will maximise on them.

For now we need to fully re-dollarise since the market has rejected its own currency, give the economy time at least five years to recover whilist assisting indusry to recover from the retrogressive effects of Covid-19 before we think of re-introducing the dollar again.

Lastly, politics and economics should sync, therefore government should make efforts to address polarisation in our political front as this has always been haunting the country for so long.

Mareya is an economic analyst. These weekly New Perspectives articles are co-ordinated by Lovemore Kadenge, an independent consultant and immediate past president of the Zimbabwe Economics Society. — kadenge.zes@gmail.com or mobile +263 772 382 852.