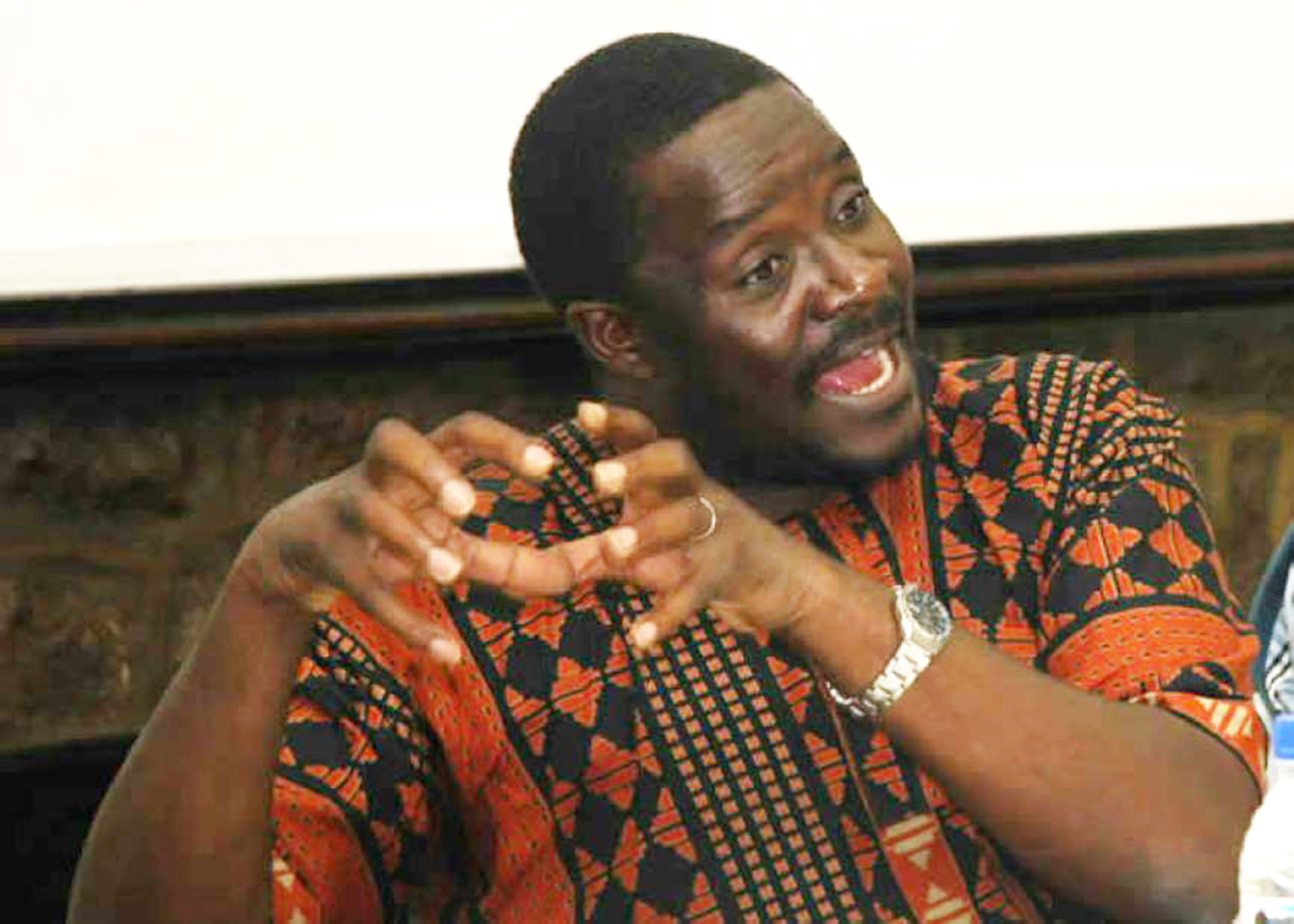 The caricature of a worm wriggling out of a seemingly healthy apple became a cliché during the old dispensation of the late former president Robert Mugabe.

The worm had the iconic bespectacled head (musorobangu) of professor Jonathan Moyo. Whenever there was a suggestion that the ruling Zanu PF was rotten within, cartoonists didn’t hesitate to draw this sketch.

The message was that Moyo was the agent who set out to destroy the party from within, and he was succeeding.

So, even if the apple looked wholesome outside, it was just a sponge within.

Now the good professor is in self-imposed exile together with other alleged criminals who used to surround the senile nonagenarian Mugabe.

What about the apple? Did it regenerate after the criminals were flushed out? Is it ever possible that the apple’s holes could be plugged and make it whole again? Is there a magic kiss that couldrejuvenate it?

And this isn’t just another Snow White and the Seven Dwarfs fable about rotten or poisoned apples.

There’s overt evidence everywhere that Zanu PF is a poisoned apple; the factional fights which have burst into the public domain pitting different entrenched groups ended in gunfire in Kwekwe and are replicating themselves in the district coordination committees being put in place around the country.

But besides the clear signs of rottenness, it is the anecdotal evidence of the same that should be concerning to everyone who cares about how this country is being run. Anecdotal evidence is the telltale signs of an illness that someone is trying to conceal.

Here is a good example.

A seemingly solid story was published in the Sunday Mail: Deputy Health minister in tender storm (October 18, 2020). It alleged that deputy minister John Mangwiro railroaded the National Pharmaceutical Company (NatPharm) to award a US$5,6 million contract to an “undeserving company” in dramatic fashion, including visiting the parastatal’s workers at night and threatening them with dismissal if they didn’t award the tender to a company called Young Health Care in which he is alleged to have a “personal interest”.

According to the Sunday Mail, the allegations are contained in a Zimbabwe Anti-Corruption Commission (Zacc) report, a fact which made the story really solid to the average reader. But lo and behold, it was not going to be.

Here is what presidential spokesman George Charamba tweeted in response:

“Why does this story look sponsored? There is an unspoken urge to outrun legal inquiries and processes to agitate for punishment over an alleged crime still to be proven in a court of law!

“Some hope to stampede due processes, both administrative and legal! Who is behind this?”

He didn’t say the story was fake.

He didn’t say it was false. He said it was “sponsored”. The following day in the Sunday Mail sister paper The Herald, a really sponsored story appeared refuting all the allegations in the original story.

But where does this all leave Zacc?

According to Charamba the anti-corruption watchdog “sponsors” journalists to write stories that implicate people in corruption. It has an unspoken agenda to outrun legal inquiry and process! Oops! It stampedes processes both administrative and legal!

In short, according to the presidential spokesman Zacc is an unprofessional outfit; its inquiry is not above board and therefore illegal.

When it was put together there were always rumblings about this institution and people said it would be used to settle scores. Is that suspicion transforming into reality.Or, it simply stepped onto someone’s sore toes.

Whatever the case, it’s now abundantly clear all isn’t well in the ruling party and we should all be worried since our lives are in the party’s hands, at least until 2023.

So China has overtaken the United States as the world’s economic superpower? For Zimbabwe, is that a blessing or a curse?

Muckraker thinks it could be both depending on how one is looking at it. Zimbabwe has always considered China an “all-weather friend” especially in the face of the economic sanctions imposed by the US that have stunted its progress.

Indeed, China has always come in hand whenever Zimbabwe needs it, particularly when China has to use its veto in the UN Security Council to stop the world body from inflicting further embargoes on the beleaguered country.

Chinese investments in Zimbabwe have had a huge impact on the country’s survival. Whereas the US has shunned wholesale investment in Zimbabwe, ostensibly due to the country’s bad human rights record, China has chosen to look aside and continue to do business with Zimbabwe.

But this has made Zimbabwe the new cold war front with the two economic superpowers playing out the proxy wars on the territory. Could China’s new status shift the balance of power and defuse the debilitating effects of the sanctions on Zimbabwe? If that happens then economically China’s status could be a blessing to Zimbabwe.

But there is a downside to it all.

The “blessing” could turn out to be a serious curse. It’s common cause that Zimbabwe’s ruling party has always admired and emulated the politics of the People’s Republic of China.

In the giant Asian country state power is concentrated in the political leadership of the ruling Communist Party of China.

Zanu PF, with its commandist approach to governance is quickly assuming the Chinese model.

Now that the IMF, itself an appendage of the Western (read US) governmental system, has vindicated the Chinese system as effective not only in economic management terms but also in the way it has manage to quickly control the coronavirus pandemic, Zanu PF will have no qualms in openly emulating it.

Zimbabweans have already seen how all the levers of power have been militarised and the ruling party’s concerted efforts to totally disable opposition politics.

Media capture is also very evident in the way erstwhile anti-government tabloids have been emasculated and now sing from the same hymn book as the public media. They still wish for a vibrant multiparty democracy.

Hence it’ll be a curse if the Chinese model, which is a totalitarian model that respects no civil liberties, is adopted wholesale by the Zimbabwean ruling party.