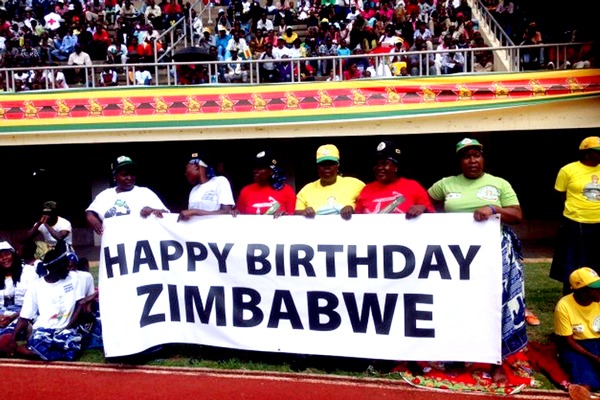 BY SILAS NKALA
BULAWAYO residents and human rights groups have expressed mixed feelings on government’s move to commemorate Independence Day in Bulawayo, saying it would make no difference to the marginalisation and underdevelopment of the Matabeleland region.

Independence Day celebrations have often been held in the capital, Harare, while provinces have held their own localised celebrations.

This year, government announced that national celebrations would be held at Barbourfields Stadium in Bulawayo on Monday, for the first time in 42 years.

Business operators and hoteliers are, however, excited about the possibilities of cashing in on the influx of top government officials in the city.

“Instead, they will be commemorating 42 years of marginalisation and remembering those who were massacred in the Gukurahundi genocide. The so-called independence has brought on them poverty, hunger, unemployment and other injustices that are far worse than they were subjected to during the colonial era,” Ncube said.

Bulawayo Progressive Residents Association secretary for administration Thembelani Dube said: “While the development is welcome for business, such events see cosmetic service delivery such as sprucing up of roads to be used by the Head of State. Obviously, Barbourfields stadium will get a facelift since it will be the venue.”

Ibhetshu LikaZulu secretary-general Mbuso Fuzwayo said the celebrations made no difference because the people of Bulawayo had never enjoyed the fruits of independence.

“He won’t address the marginalisation of Matabeleland. Zipra cadres still want their properties. There is nothing done to address the Gukurahundi issue, and so they can hold the celebrations wherever they want, but it will still be a waste of resources. Independence without freedom is meaningless,” he said.

Fuzwayo said instead, most citizens in the country were praying to leave for greener pastures.

“The event must not be about gathering and eating only, but a reflection of what the nation has achieved since 1980,” she said.

Habakkuk Trust chief executive Dumisani Nkomo said the gesture was a welcome development considering that the struggle for the liberation started in Bulawayo.

“The sad part is that the city is still marginalised. Bulawayo was actually more developed before independence in terms of industrialisation. It has now become a ghost town,” Nkomo said.