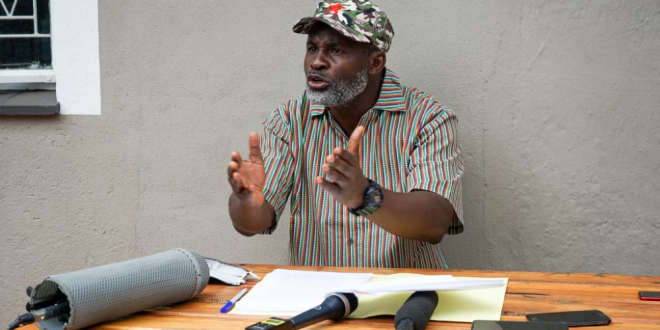 NORTON legislator Temba Mliswa (Independent), who is accused of violating COVID-19 regulations after he held a Press conference at his house in Borrowdale, Harare, yesterday challenged his placement on remand, arguing that it was held within the confines of the law.

Mliswa, who was represented by Musindo Hungwe, appeared before Harare magistrate Isheunesu Matova.

Hungwe challenged Mliswa’s placement on remand saying his client addressed journalists who were classified as essential workers during the COVID-19 lockdown period.

Allegations were that Mliswa posted on his Twitter handle inviting journalists to attend a Press conference at his house on February 11.

It is alleged that the complainant, Joshua Tigere received a tip off that Mliswa was conducting a Press conference at his house.

Tigere then rushed to Borrowdale Police Station where he took police officers and went to Mliswa’s house.

The State further alleges that upon arrival at the scene, Mliswa was observed being interviewed and was about to invite questions from the 22 journalists present.

Mliswa was allegedly the centre of attraction and it was observed that there was no maintenance of social distance among journalists.

It is alleged that the complainant then introduced himself and advised Mliswa that he was violating COVID-19 regulations and, therefore, was under arrest.

Meanwhile, two MDC Alliance activists who were arrested last Friday for violating COVID-19 regulations have been remanded to tomorrow for bail ruling.

Joanah Mamombe (Harare West MP) and Cecilia Chimbiri, who initially appeared in court on Saturday were arrested after they held a Press conference at the Harare Magistrates Court in protest over the arrest of MDC Alliance committee member, Makomborero Haruziviishe on the same allegations.

They appeared before magistrate Vongai Muchuchuti-Guwuriro.

Mamombe and Chimbiri’s lawyer Jeremiah Bhamu said holding a Press conference was not an offence as they were talking to journalists who are essential workers.

The trio attended a Press conference which lawyer Lovemore Madhuku also attended, but surprisingly, the police chose to arrest only the activists.