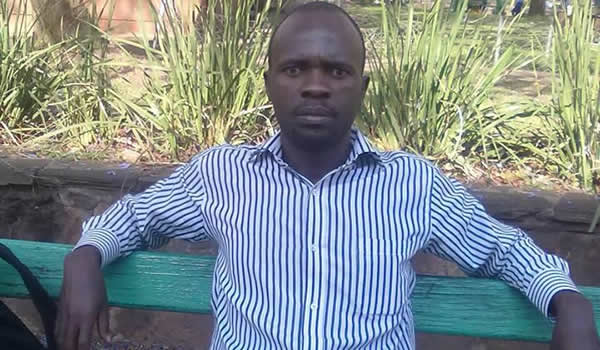 MISSING journalist-cum-activist Itai Dzamara’s wife, Sheffra yesterday made an impassioned plea for President Emmerson Mnangagwa to intervene and intensify investigations on her husband’s disappearance six years after he was allegedly abducted by suspected State agents.

He disappeared on March 9 in 2015, after he went for a haircut in Glen View high-density suburb in Harare.

Sheffra told NewsDay that six years on, she was still seeking closure to what happened to her husband, adding that she would not stop appealing to the authorities to intervene and intensify investigations to establish his whereabouts.

“I have always been making the same requests for the past six years to government authorities. Even if I meet President Mnagagwa today, I will still make the same request. I pray for his intervention. If President Mnangagwa wishes, even before day-end today, we would know what happened to Itai,” Sheffra said. “For the sake of his two minor children, we just plead for Mnangagwa’s intervention so that we locate him.”

She said since her husband disappeared, she had not received any updates on the investigations.

“I haven’t received any information as yet on any further probe on Itai’s disappearance from the government, despite calls for authorities to find him. Since his disappearance, family members have been taking care of his two children.

“We are also depending on well-wishers for our daily upkeep. Life has changed a lot for the three of us as we have to adapt to surviving without the head of the family. However, I hope that one day I will know what really happened to him. That hope keeps me going,” she said.

Last year, Sheffra submitted a petition at Mnangagwa’s Munhumutapa offices requesting the government to act on her husband’s disappearance.

Human rights organisations have been calling on the government to set up an independent commission of inquiry to dig into the circumstances around the abduction of Dzamara.

In 2016, Mnangagwa, then Vice-President, told the United Nations Universal Periodic Review in Geneva, Switzerland, that government was actively pursuing the search for Itai.

Human rights defenders have also raised concern over continued criminalisation of activism by the Zimbabwean government which has resulted in arbitrary arrests, torture and harassment of government critics.